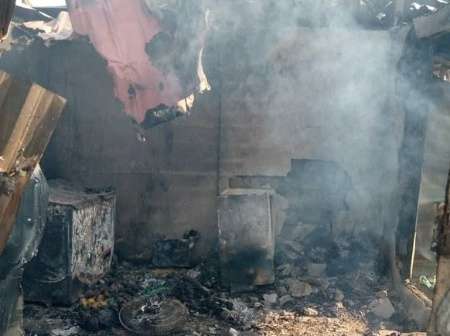 A nearby building set ablaze by the cultists

In what looked like a terror attack, some yet-to-be identified gunmen have broken into Azikoro village in Yenagoa Council Area of Bayelsa State, and unleashed violence on a pentecostal church, leaving  in their trail four fatalities.

The had stormed the Lion of Judah Church about 11.10pm on Wednesday, shooting sporadically and in the process felled a man and his pregnant wife and two others while others were seriously injured.

After the bloody attacks, the gunmen also destroyed the House of God and torched a house and vehicles.

It is not clear yet if the pastor of the church escaped unhurt.

Confirming the murders, the spokesman for the State Police Command, SP Asinim Butswat, said the police have begun hunting down the killers.

“The Bayelsa State Police Command have launched a manhunt for the suspected cultists who murdered four victims and set a house ablaze.

“Operatives of operation Puff Adder had earlier traced the hideouts of the cultists in the bush, dislodged them, and burnt their camp.

“It is believed that this is a reprisal attack by the suspected cultists.

“Meanwhile, two suspects have been arrested and are cooperating with the Police in their investigation,” he said.

Meanwhile, Police Commissioner Mike Okoli has visited the scene and reassured members of the community of adequate police protection.

He also ordered full Investigation into the incident with a view to unravelling the motive for the dastardly attack. 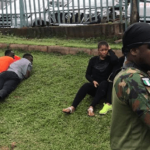 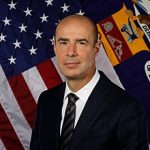