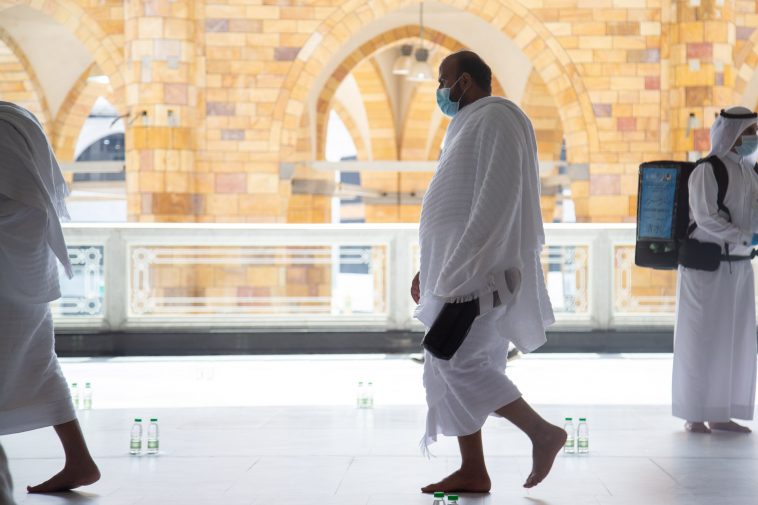 Pilgrims wearing face masks arrived at Mount Arafat on Thursday to pray and repent near Islam’s holiest site on the most important day of Hajj.

After the prayer in Mina, pilgrims made the journey to the 70-metre desert hill where the Prophet Mohammed gave his last sermon.

Standing and praying on Mount Arafat is considered the peak of the pilgrimage.

The coronavirus pandemic made this year’s pilgrimage unlike any that came before.

Last year, Hajj drew 2.5 million Muslims from across the world to Mount Arafat.

Only a limited number of pilgrims were allowed to take part this year, with numerous restrictions in place to limit the potential spread of the virus.

Per Second News report Wednesday that the Saudi government said 1,000 pilgrims would be allowed to take part.

All of this year’s pilgrims are residents or citizens of Saudi Arabia.

In past years, a sea of pilgrims dressed in white terry cloth garments would start to gather at Mount Arafat, also known as the hill of mercy, before dawn and remain there until nightfall, spending the day in deep contemplation and worship.

Unlike in past years, pilgrims were not allowed to stand shoulder to shoulder with other Muslims from around the world, all considered equal in Islam before God, seeking mercy, blessings, good health, bounty and healing.

Pilgrims wore wristbands provided by the Saudi Health Ministry that are connected to their phones and monitored their movements to ensure physical distancing.

As Hajj entered its second day, Saudi Arabia’s Ministry of Foreign Affairs said no coronavirus cases were found among pilgrims, medical workers or support staff at the holy sites.

Six hospitals, 51 clinics, 200 ambulances and 62 ground teams were on hand to help with any medical needs. 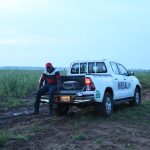 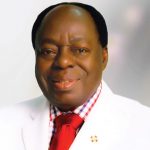