Nigeria’s debt profile has hit N28.63 trillion as at March 31, 2020, the National Bureau of Statistics (NBS) has disclosed.

In its report on the country’s domestic and foreign debts released in Abuja on Friday, the Bureau noted that the total public debt portfolio was that of the Federal and the 36 state governments.

PerSecondnews reports that the debt has gone up as the Senate had approved additional billions of dollars as loans between March and June which President Muhammadu Buhari justified to ostensibly cushioned the COVID-19 pandemic effects on the nation’s economy and funding for the revised 2020 budget.

On borrowings by state governments, NBS said Lagos State is leading the pack of debtor-states which are owing N4.11 trillion with Lagos accounting for 10.8 per cent.

Yobe, it stated, has the least debt stock of about 0.7 per cent.

“States and Federal Capital Territory domestic debt was put at N4.11 trillion with Lagos State accounting for 10.8 per cent of the total domestic debt stock.

“Yobe State has the least debt stock in this category with a contribution of 0.7 per cent, ” NBS report said.

According to the bureau, further disaggregation of Nigeria’s total public debt shows that N9.99 trillion is external debt, representing about 34.89 per cent.

It states that domestic debt is N18.64 trillion which represents about 65.11 per cent of the total debt. 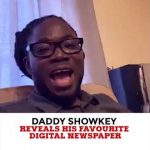 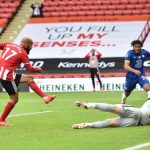