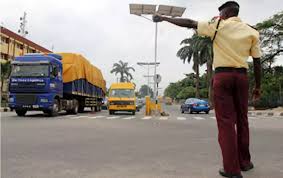 LASTMA OFFICIAL ON DUTY IN LAGOS
A fatal mid-night spousal violence has claimed the life of the attacker and jealous hubby, an official of the Lagos State Traffic Management Authority (LASTMA), Emmanuel Mekuri.

Mekuri, who had accused his co-habiting lover, 37-year-old Patricia Ogunshola, of infidelity and unfaithfulness, woke up after midnight armed with a kitchen knife and stabbed her to settle scores with her.

Patricia missed death by hair’s breath as the knife landed on her thigh.

The LASTMA official’s relaunch of the knife attack on her head to kill her, however, missed the target as she ran for dear life.

Disappointed that the live-in lover escaped, 44-year-old Mekuri allegedly stabbed himself to death.

He stabbed himself on the stomach which ripped open his intestines leading to his death, a source said.

The neighbours tipped off the police who raced to the scene and recovered the blood-stained knife.

Meanwhile, homicide detectives of the State Police Command have launched investigation into what it called an attempted murder and suicide by the LASTMA official.

The command’s spokesman, SP Bala Elkana, confirmed that  investigation was ongoing, saying “the woman is in stable condition.” 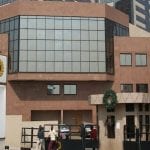 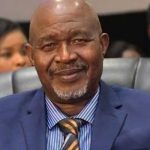