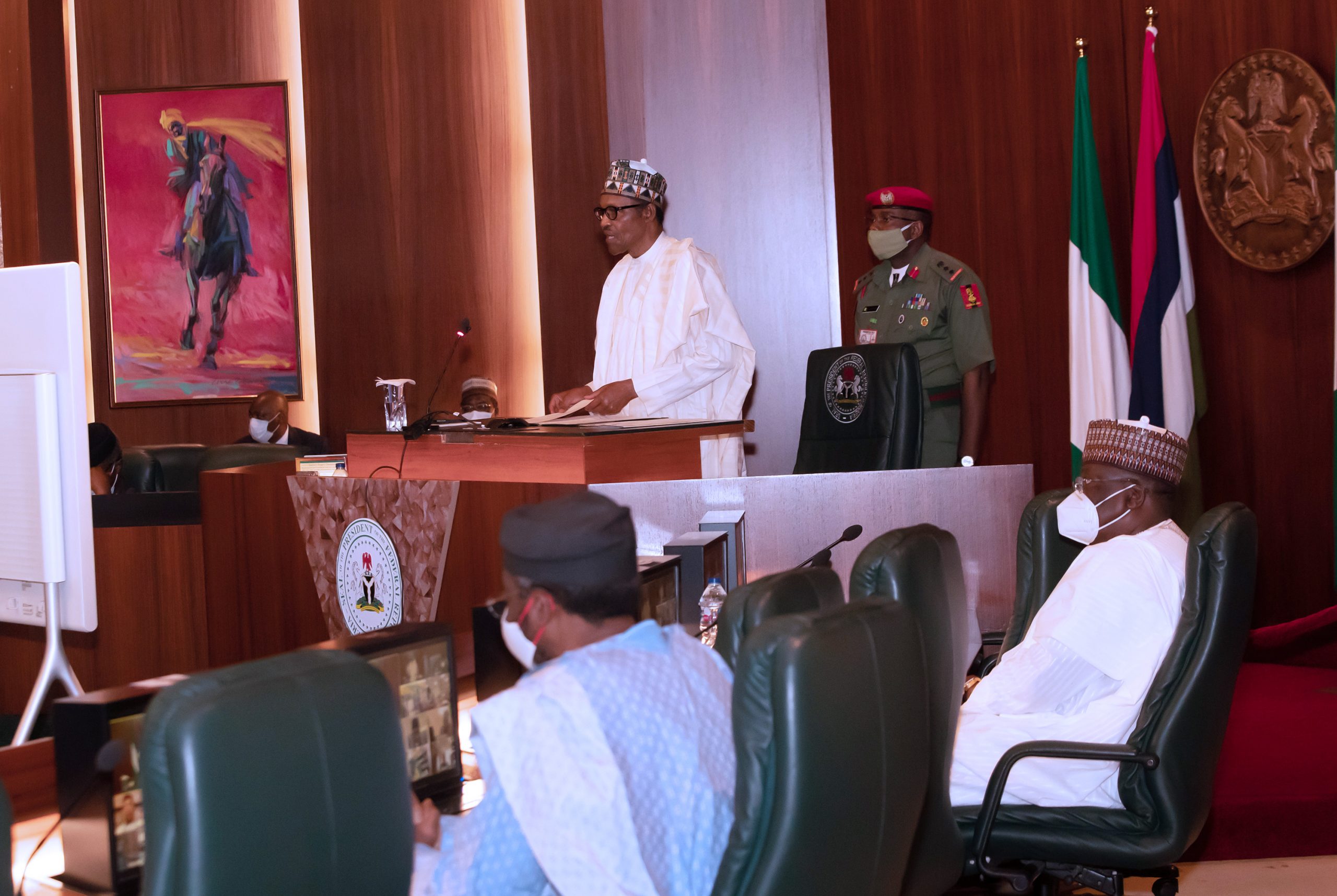 He noted that the NNPC and other stakeholders braved the odds of the COVID-19 pandemic to kick-start the construction phase of the project.

Buhari said the delivery of the project is part of his administration’s “Next Level Agenda” for the sustainable development and economic prosperity of the country.

The President spoke at the flag off of construction work on the AKK project via virtual link from the State House in Abuja to two locations in Ajaokuta in Kogi State and Rigachukun, Kaduna State.
The project, when completed, will provide gas for generation of power and feedstock for gas-based industries, and also facilitate the revival of moribund industries and the development of new ones along transit towns in Kogi State, Abuja (FCT), Niger State, Kaduna State and Kano State, Buhari said.
He noted that harnessing and commercializing the nation’s vast gas reserves was an enabler for rapid economic development and diversification of the economy, saying it is a cardinal objective of his administration’s drive towards ensuring a stable, sustainable and more prosperous future for the citizenry.
“Today marks an important chapter in the history of our great nation. It marks the day when our domestic natural gas pipeline networks from Obiafu in Rivers State, Escravos in Delta State and Lekki in Lagos State, are being connected through Kaduna to Kano states thereby further enhancing national energy security,” he said.

On job opportunities derivable from the project, Buhari said it would create numerous direct and indirect employment opportunities while fostering the development and utilization of local skills and manpower, technology transfer and promotion of local manufacturing.

“We promised the nation that we will expand the key critical gas infrastructure in the Country to promote the use of gas in the domestic market. These include the Escravos to Lagos Pipeline System – 2 (ELPS-2), Obiafu – Obrikom – Oben (OB3) pipeline and the AKK. I therefore directed NNPC to ensure that these critical projects are completed on time, within budget and specification.”
According to the President, the lessons learnt from the Novel Corona Virus (COVID-19) pandemic have further underscored the drive of his administration for export substitution initiatives and projects that will promote local manufacturing.
He thanked the Government of the Peoples Republic China, the Bank of China and SINOSURE, the two Engineering Procurement Construction (EPC) Contractors – Brentex/China Petroleum Pipeline Bureau-CPP Consortium and Oilserve/China First Highway Engineering “Company-CFHEC Consortium – for their support and commitment to deliver the project.
He called on the Governors of Kogi, Niger, Kaduna and Kano States, as well as the Minister of the Federal Capital Territory, to provide the enabling environment and support for the project.
Earlier, the Group Managing Director of the NNPC, Mallam Mele Kyari, said the event would not have been possible without the full and unflinching support of Buhari, who has made it a priority to ensure that revenues from oil and gas resources are utilized to support the emergence and growth of other non-oil sectors of the economy.
He said NNPC was transitioning towards becoming an Integrated Energy Company to support the President’s economic diversification efforts. One of such efforts is the expansion of the corporation’s domestic gas footprint with the delivery of the Trans-Nigeria Pipeline Project which includes the Escravos to Lagos Pipeline System (ELPS) 2, the Obiafu-Obrikom-Oben (OB3) gas pipeline and the Ajaokuta-Kaduna-Kano (AKK) gas pipeline.
He explained that the EPC contract for the 614km AKK gas pipeline project was awarded at a total contract sum of US$2.592 billion to Messrs. Oilserv Plc/China First Highway Engineering Company (Oilserv/CFHEC Consortium) for the first segment covering 303km and Messrs. Brentex Petroleum Services/China Petroleum Pipeline Bureau (Brentex/CPP Consortium) for the second segment covering 311km under a debt-equity financing model with loan from Bank of China and SINOSURE, to be repaid through the pipeline transmission tariff and supported by a sovereign guarantee.
The NNPC GMD said the required conditions precedent for closing the debt financing have been provided and the process of obtaining internal approvals by the Lenders is in progress to enable financing close by August 2020.
“As part of the agreement, NNPC is utilizing the equity contribution to commence execution of the project to recover lost time and put the project back on track,” he said in a statement made available to PerSecondnews.
Kyari expressed confidence in the ability of the EPC contractors to deliver the project on time, within budget and to specifications, noting that upon completion, the project would enable the injection of 2.2bscf/d of gas into the domestic market and facilitate additional power generation capacity of 3,600MW.
In his remarks, Kogi State Governor Yahaya Bello, said his administration has sponsored many youths in the state to acquire skills in welding and urged the contractors to engage them.
Also speaking, Kaduna State Gov. Nasir el-Rufai, thanked the NNPC, the Ministry of Petroleum Resources, and other stakeholders for ensuring the flag-off of the project, pointing out that the project would bring enormous to the state.
SHARE THIS ARTICLE 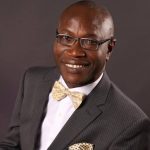 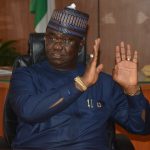