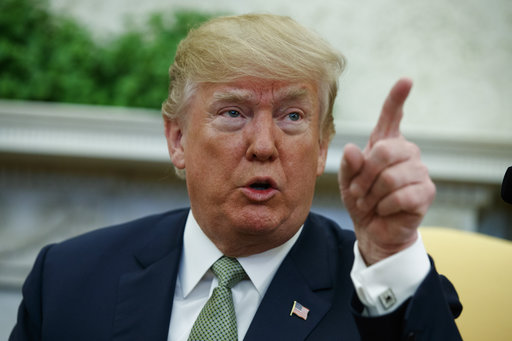 President Donald Trump talks with reporters during a meeting with Irish Prime Minister Leo Varadkar in the Oval Office of the White House, Thursday, March 15, 2018, in Washington. (AP Photo/Evan Vucci)

Instead of quelling some of the outrage expressed by demonstrators near the White House who were protesting the killing of George Floyd, President Trump instead went on a derisive and threatening rant that might only stoke further violence.

On Saturday morning, Trump took to Twitter and praised the Secret Service for their handling of the protests outside of of the White House and bizarrely tried to delegitimize the protesters by calling them “so-called ‘protesters.’”

Trump said he “watched every move” of the Secret Service’s handling of the situation from the White House and “couldn’t have felt more safe.”

Then the president, seemingly with glee, spelled out some of the physicality deployed by the Secret Service against the demonstrators and spoke about how things may have escalated if the protesters “came close to breaching the fence” of the White House.

“Great job last night at the White House by the U.S. Secret Service. They were not only totally professional, but very cool. I was inside, watched every move, and couldn’t have felt more safe,” the president wrote. “They let the ‘protesters’ scream & rant as much as they wanted, but whenever someone got too frisky or out of line, they would quickly come down on them, hard – didn’t know what hit them.”

Trump continued, “The front line was replaced with fresh agents, like magic. Big crowd, professionally organized, but nobody came close to breaching the fence. If they had, they would have been greeted with the most vicious dogs, and most ominous weapons, I have ever seen. That’s when people would have been really badly hurt, at least.” 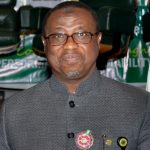 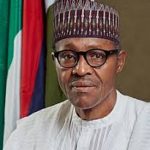