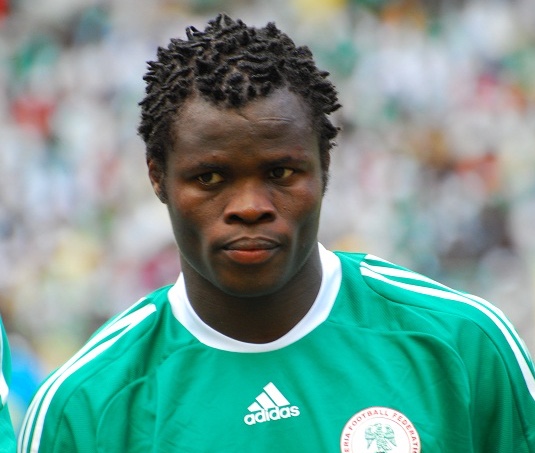 A band of Super Eagles players led by Taye Taiwo during the AFCON 2013/14 qualifier staged a discreet rebellion against their coach, Stephen Keshi, less than 24 hours  after the Eagles played Rwanda.

“I also read about Taye Taiwo’s outburst in the papers. After our experience with him, we never invited him again, Okpala said.

Okpala further stated that Taiye Taiwo created an imaginary bedlam in the squad vowing to get Keshi sacked as Super Eagles coach.

“During our AFCON qualifier against Rwanda, Taiye didn’t play well in that game, continued Okpala.  Keshi complained after the match but the players went back to their rooms and started plotting how to remove Keshi. They never knew that Keshi’s room was the next to Taiye’s room.

“Taiye was telling other players that Keshi was shouting on him on the pitch and that he  will do to Keshi what he  did to other coaches and ensure that Keshi was sacked.

“Keshi was in his room listening to all their conversations. Now, most of them are now coming to talk about money. It wasn’t about money because I knew about these two issues involving Taiye and Uche. Which coach will like to invite a player who wants him sacked in his team? It’s not possible  I am telling you what happened as an insider.

“I  was not surprised that Ike Uche did not make it to the World Cup because I know what we went through with him during the 2013 AFCON.  In our first game, we were playing 1-1 but were reduced to ten men and he was asked to come in. The coach told him what to do. When he got onto the pitch, he refused to do those things.
“We had to change another player to fortify our defense . When that player was going in, Stephen Keshi told him what to tell Uche but he still refused to play to instruction. We were one man down and Uche was not falling back to defend. It was mass attack and mass defense but Uche refused to adhere to instructions and always  challenged Keshi’s coaching ability. Moreover, he was not in form.
“He was dropped from the team because he was disobedient. He kept on telling us that in his club, this was how they used to play and this was what our coach used to tell us. Then at a point in time, I called him and said Ike Uche, there is a way we want you to play here. This is the Nigerian National team and not your club, so this is how we want you to play. Don’t come and tell us about your club.

He said well… it will help me but I asked him that if he played for Villarreal and Liverpool bought him, will he go to Liverpool and start telling them that this is how they play in Villarreal? You don’t tell the coach how to play you in Liverpool.

“Brown Ideye helped the team a lot. He was instrumental to the team winning the Africa Cup of Nations in 2013 and made a lot of sacrifices. However, I wasn’t there during the World Cup but  playing very well in the Nations Cup doesn’t mean that your form will be intact for the World Cup. You must continue to be in form to make the next competition.

“In 1980 when we won the Nations Cup, Nigeria overwhelmed the Algerians here but the following year during the World Cup qualifiers, they defeated us both at home and away. It was the same Algerian team with almost the same Nigerian team. So, in football, you have to maintain your form and not rely on your previous performance because other players are trying to break into the team and the coach wants to take the best to the competition.

“However, if you ask me, I know that not all the 23 players will play in the World Cup. If you’re lucky without injury, you may play the World Cup with only 18 players. Based on his contributions during AFCON,  maybe I would have asked Coach Keshi if we could add Ideye’s name for his contributions in the past. He was  one player then that if you say you don’t have a player on the left, Brown will go and perform creditably well. But that didn’t mean he had to relax because he won the Nations Cup. You must be in form for a coach to pick you. So, I’m still waiting for those who want to say rubbish about Keshi.’
“One of the problems we had then in the National team was that some NFF officials had too much contact with the players. They called them on the phone and became too familiar with the players. You don’t do that with players.”
“Westerhof is being regarded as the best coach that ever tinkered  the Nigerian team but it took Westerhof 5 years and 6 months … let’s say six years  to achieve the same thing that Stephen Keshi and his crew achieved in one year and six months! So who is better? Is it because we are Nigerians?
“I needed  to reply them because I was an insider and nobody can say I’ve taken money from him to do this or that,” Okpala wrapped up.
SHARE THIS ARTICLE 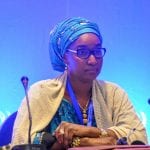