NGOs
In a bid to ensure transparency in the distribution of COVID-19 palliatives across the country, Nigeria’s leading civil society groups have deployed 1,000 monitors the process.
They are also to  monitor and evaluate the COVID-19 palliatives and ensure that they breach the end users as well as the utilization of the various intervention funds.
Human and Environmental Development Agenda (HEDA Resource Centre) in collaboration with the Women Advocates Research and Documentation Centre (WARD-C) deployed the monitors last weekend across nine focal states and the Federal Capital Territory (FCT).

Nigeria had seen a string of intervention funds ranging from private donations to channelled  local and international funds estimated to be in billions of naira in cash and other materials, including food and medicare.

The civil right groups said that despite the generous donations and on-going disbursements there has been no transparency framework  at the Federal and State levels on fund utilization fueling rumours.

As at last week, funds raised at home stood at N25.8 billion apart from the N21billion European Union (EU) support and donations material for China.
The groups said public knowledge  on the expenditure of COVID-19 donations is critical to sustainable development.

Respondents in the selected states of Ogun, Enugu, Osun, Akwa Ibom, Rivers, Lagos, Borno, Kano and Kaduna States as well as the FCT, Abuja are critical stakeholders including but not limited to health workers.

“The continued spread of the COVID-19 pandemic in Nigeria has informed several political, economic, social and corporate actions including the lockdown of some states and changes in Nigeria’s political-economy  to   reflect new realities.

“This has been followed by funds being disbursed to meet public needs. It is important that Nigerians ensure the funds meet the target audience,” the two groups said.
“Citizens have had to resort  to rumours, hearsays, fake news and unofficial sources for information on the relief packages and governments’ spending.
“Also, videos confirming reported anomalies in the distribution of relief materials and economic packages are all over the social media,” they said.
They observed that there are several unanswered issues surrounding the hazard allowance and the general wellbeing of health workers.

The groups said they stepped in to fill the information gap as well as monitor and evaluate loose ends with a view to engaging critical stakeholders on the outcomes.

The statement added: “Many Nigerians have faced untoward hardship since the outbreak of the COVID-19   pandemic, particularly since government started to restrict   movement and lockdown States.

” Yet, reports from the field also indicate that despite the huge donations and support to government, many deserving and indigent Nigerians are yet to receive any real relief or support.
” It would then amount to great injustice to keep people in the dark or fail to publicly account for the spending, particularly in a country where corruption remains rife.
“Our objective is not all about pointing accusing fingers after the deed has been done, but to assist the people and the government alike in identifying red flags or opportunity for corruption in the process.
“And in cases where the funds are already diverted or mismanaged by corrupt elements   in government, ensure that the   looted public funds are recovered and perpetrators adequately prosecuted.”

The groups noted that women and PWDs are most affected by the lockdown informed by the COVID-19 pandemic and any corruption in the process or failure to provide the expected relief and welfare packages will spell doom for many women and other vulnerable groups.

The groups noted that out of people staying at home, women and vulnerable groups bear even higher burden  of providing for their households in a predominantly Nigerian patriarchal system.

On their reports and findings, the groups said the reports and the recommendations would be made   available for public engagement  and addressed to affected  governments and the agencies.
“Suspected cases of corruption will be forwarded to the relevant anti-corruption agencies for monitoring investigation and prosecution.
“Members of local and international communities interested in the outcome of the project should contact, Mayowa Ijasusi, the Communications Officer, through m.ijasusi@hedang.org.
SHARE THIS ARTICLE 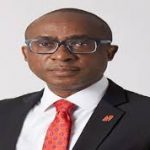 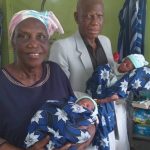