U.S Health officials announced Wednesday that General Motors has signed a contract under the Defense Production Act to make 30,000 ventilators by August, almost two weeks after President Donald Trump invoked the emergency law against the automaker.

GM is to deliver 30,000 ventilators to the Strategic National Stockpile by the end of August, with a total contract price of $489.4 million. The first 6,132 ventilators are to be delivered by June 1.

HHS Secretary Alex Azar said in a statement that the ventilators will be “routed through the Strategic National Stockpile to where they’re needed most,” backfilling the thousands of ventilators the administration has deployed from the stockpile.

General Motors is working with ventilator manufacturer Ventec Life Systems “with speed and urgency“ to produce the ventilators, GM said today in a statement. “GM is proud to deploy its purchasing and manufacturing capability alongside the respiratory care expertise of Ventec.“ 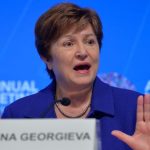 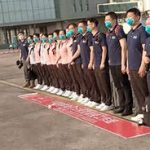