After more than 24 hours in self-isolation, the Vice-President, Prof. Yemi Osinbajo (SAN), says he has tested negative for COVID-19.

“Vice-President Yemi Osinbajo tests negative,” the Political Adviser, ex-Senator Babafemi Ojudu, announced the result of COVID-19 test conducted on him on his Twitter handle, @babaloveme3 at 8:22am  on Wednesday.

Persecondnews recalls that Osinbajo went into self-isolation on Tuesday as one of the senior government functionaries who might have had contact with the Chief of Staff, Malam Abba Kyari, who had tested positive for COVID-19 on Monday.

Mr Laolu Akande, the media spokesman to the vice-president had announced Osinbajo’s self-isolation on his Twitter handle, @akandeo on Tuesday night and had been working from home.

Osinbajo’s self-isolation was in compliance with the directive of the Nigeria Centre for Disease Control (NCDC).

On Monday, he held meetings hrough video conferencing in observance of social distancing. 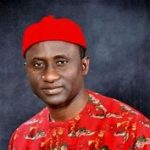 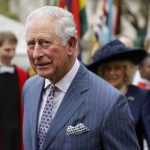