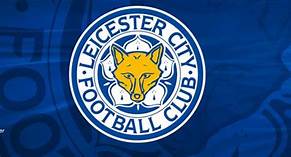 Leicester City have confirmed that three unnamed players are in self-isolation after showing symptoms of coronavirus.

Club manager Brendan Rodgers  said : “We’ve had few players that have shown symptoms and signs (of coronavirus). We’ve followed procedures and (as a precaution) they have been kept away from the squad,” Rodgers said.

Leicester are expected to play on Saturday, as things stand, as all Premier League game this weekend are yet to be postponed and no plans have been made to play the games behind closed doors.

Rodgers admitted it would not be ideal to play games in empty stadiums but is ready to accept whatever new restrictions are in place.

“From a football perspective it would be a shame but the public’s health is the most important aspect in all of this. We are guided by organizations and governments,” Rodgers added.

Nigerian internationals Ndidi Wifried and Iheanacho plays for the club