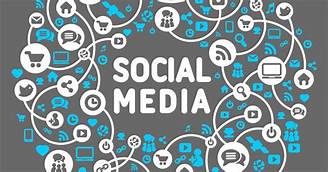 …bill to foist on Nigerians dictatorship

Stakeholders including Amnesty International, Nigerian Union of Journalists (NUJ) and Civil Society Organizations (CSOs) and the Nigerian Communications Commission (NCC) were unrelenting and unbending in asking for the killing  asked the Senate to lay to rest a bill to regulate the use of social media in Nigeria.

At a public hearing on the bill held at the National Assembly on Monday, the stakeholders bared their minds and took umbrage at the bill which they described as anti-people, obnoxious and a threat to democratic and media space as well as free speech.

Persecondnews reports that the event organized by the Ekiti Senator Opeyemi Bamidele-led Committee on Judiciary, Human Rights and Legal Matters was packed by attendees from government, professional bodies, unions, civil society groups, lawyers, journalists, bloggers, ordinary Nigerians and the media among others.

The NCC, while asking for the throwing out of the bill, believed it  gave too much power to the Police and other security agencies.

NCC’s Executive Vice-President, Prof. Umar Dambata, said certain provisions of the bill were difficult to implement with several anormalies, adding “these provisions have already been covered by other laws.’’

“It is our opinion that National Assembly will need a redraft so that it can be aligned with existing legislative drafting.”

The Coordinator, Nigeria Civil Society Situation Room and Executive Director of PLAC, Mr Clement Nwankwo,  said the bill has “huge ramifications that can threaten the fabric of Nigeria’s democracy and the achievements of its outlined fundamental objectives.’’

He said the deployment of social media tools had facilitated citizen journalism, participation and engagement.

Nwankwo, who spoke on behalf of the CSOs, noted that the bill, if passed into law, would be a threat to human rights.

The umbrella organization for journalists –NUJ — faulted the bill, saying it would “pigeon-hole Nigerians’’ from freely expressing themselves, describing it as an unnecessary proliferation of laws in the country.

“Fake news is bad, but there were other ways of regulating social media, further legislation on the bill should be stopped,’’ said the NUJ National President, Mr Christopher Isiguzo.

“The bill should be withdrawn, it as worse than coronavirus.

“We are totally opposed to this bill. We want to appeal to the sponsor to withdraw this bill. When the people are suppressed, it endangers democracy.’’

Similarly, Action Group on Free Civic Space, AGFCS, called on the Senate to protect and defend the constitutional rights of citizens.

“On the face of it, the Social Media  Bill (SMB) is promising  to prevent the transmission   of   false statements/declaration of facts in Nigeria.   However, numerous  provisions of the bill disclose intentions  that have enormous  potential not only to  stifle constitutional freedoms but also crush civil liberties.”

Contributing, the Chairman of BON, Alhaji Saad Ibrahim, said the bill appeared to be undefined and some provisions should be deleted if it must be passed, but insisted “the bill is unnecessary’’.

Yiaga Africa, represented by Mr Samson Itodo, said it completely rejected the bill and aligned itself with other civil society groups’ position.

On his part, the Chairman of DAAR Communication, Mr Raymond Dokpesi Jnr. said restated his company’s aversion to the content and letters of the bill.

“It will be difficult to align the bill with public interest, the bill attempts to take away the right of fair hearing and give monopoly to authorities or government establishments.’’

Lending his voice, the Executive Director of IPC, Lagos, Mr Lanre Arogundade, said: The bill could be used to curtail the internet rights of journalists and other professionals.

“The bill should, therefore, be dropped in its entirety.”
The Publisher of Sahara Reporters, Omoyele Sowore, said:“The bill is dead on arrival.’’

“It is not designed to protect Nigerians.  The Nigerian Constitution is outdated, the government should be thinking of amending or reviewing it to meet the yearnings of the people.’’

Supporting the bill, the Nigeria Army and the Police said even advanced democracies of the world still had a way of regulating the media.

“The police may issue an access blocking order directing the NCC, to order an Internet Service Provider, ISP, to disable access by end-users in Nigeria to an online location where a false declaration is being transmitted.

The bill adds that  ISPs who fail to comply could face criminal charges and be subjected to a fine of up to N10 million.

The Head, Media and Public Affairs of the Nigeria Governors’ Forum, NGF, Abdulrazaq Barkindo who represented the forum, said the position of governors was still being collated.

According to him, the governors will want to get input of legislators of their states before forwarding their position.

The Independent Corrupt Practices Commission, ICPC, was however, ambivalent, as its representative, Dr Esa Onoja, said the agency was neither for nor against the bill, adding “as an endorsement agency, it is duty-bound to enforce any law passed.’’

Supporting the Bill, the Supreme Council for Islamic Affairs, SCIA, represented by Alhaji Yusuf Chinedu, said there was the need for the bill, but noted areas in the constitution that would infringe on the rights of Nigeria should be examined.

Earlier, Chairman of the Committee, Opeyemi Bamidele, said the National Assembl, which is the bedrock of constitutional democracy, would not shy away from its mandate of making laws that would “stand the test of time.’’

He also explained that because of the controversy the bill has generated, the Senate resolved to organize the public hearing to gauge public opinion.

The sponsor of the bill, Sen. Mohammed Sani Musa (APC, Niger East) said the bill was not designed to muzzle the freedom of speech of Nigerians, adding nobody will block the social media platform or account of any Nigerian.

“The bill is not an attempt to stifle free speech or dissenting views; it is rather an opportunity to address a growing threat which, if left unchecked, can cause serious damage in our polity and disrupt peaceful coexistence.”

In his remarks, Senate Ahmad Lawan, said the Senate had never assumed the position of knowing it all, adding that the public hearing was a crucial one because of the passion the bill has generated.

Noting that the Bill has generated a lot of interest, he said: “We need to listen to ourselves. The passion is not unexpected because the bill relates to the Internet.

“The Internet has become central to our lives, as it has reshaped how we live, work and interact.

“Like every other innovation, it has had its positive and negative sides. While it has somewhat made communication easier, faster and even cheaper, it has also affected our ability to easily trust some information.

“When this kind of situation arises, we should interrogate all the sides in the divides on a continuous basis. Doing this will lead to a better understanding of the dimensions and provide an agreeable way forward.’

“I agree that matters of freedom of speech and the inalienable rights of man are issues we should not compromise. I also agree that the right of an individual ends where the rights of another individual begins.

“The Senate’s eventual position will be partly dependent on the committee’s report. Your support in enriching this report is, therefore, very important.” 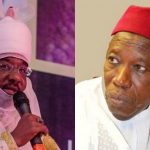 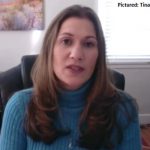