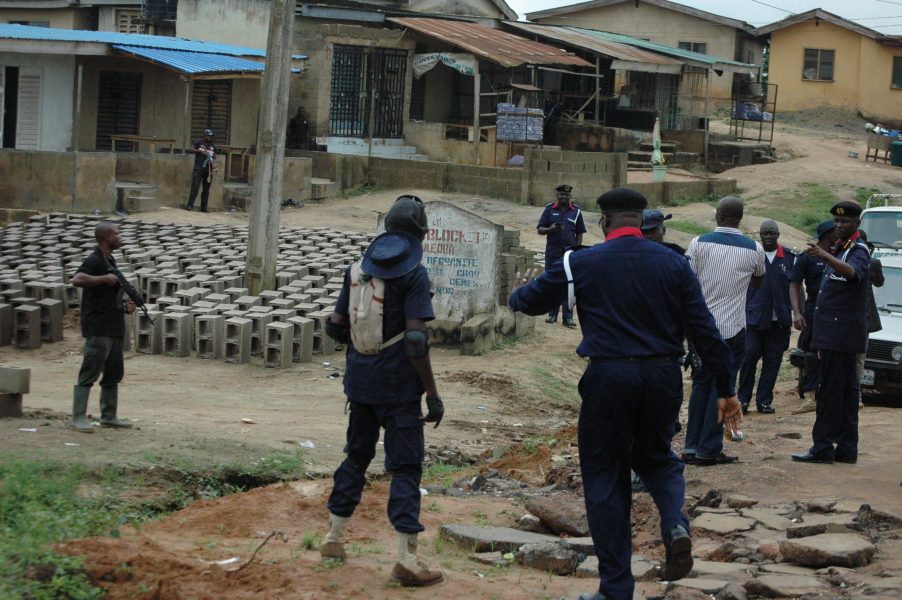 … N30m ransom being negotiated for their release

Again, gunmen who have been on the prowl in Kogi have kidnapped four officers of the State Command of the Nigeria Security and Civil Defence Corps (NSCDC).

The fifth officer, also travelling in an official vehicle to Benue State for their promotion examination before they were kidnapped, however, made a lucky escape.

They were reportedly kidnapped on Thursday near Ajegwu community in Ofu Council Area of the state.

Persecondnews recalls that 10 persons were abducted on the same route on Feb. 16 while another six people including a law graduate going to report at the Nigerian Law School, Abuja, were also kidnapped on Obajana-Kabba road.

A ransom of N1 million was paid by the family of the Law School student before she was released.

“The officers, who were travelling in their branded official vehicle, were ambushed and kidnapped around the Ajegwu Junction along the Itobe-Anyigba.

“The fifth person escaped while they were being marched into the bush,’’ a source said.

It was learnt that the kidnappers have already established contacts with the families of the victims, and are demanding a N30 million ransom for their release.

Confirming the incident, the spokesman for the State Police Command, DSP Williams Ayah, said the number of those kidnapped including the NSCDC officials were more than four.

He said investigations into the incident had begun.

Civil Defence Corps
Share
Subscribe to our newsletter
Sign up here to get the latest news, updates and special offers delivered directly to your inbox.
You can unsubscribe at any time