Another governor has escaped death by a whisker in the hands of ubiquitous armed herdsmen, this time around is the Benue Governor Samuel Ortom.

According to him, he had gone to his farm on the outskirts of Makurdi, the state capital a few days ago when the armed herdsmen besieged the area and opened fire on him.

Persecondnews recalls that Ondo Governor Rotimi Akeredolu’s convoy was reportedly ambushed by the herders on Ibadan -Akure Highway in 2019 and his security men engaged them in a gunfire.

“Just last week I was on my farm that is situated in the outskirts of Makurdi town when armed herdsmen came there and shot at me.

“They also shot at the vehicle of our Livestock Guards who came there and shattered it. We had to call the joint military security team, Operation Whirl Stroke, who came and saved the situation,” Ortom said.

He also said they abducted and killed a member of the State’s Livestock Guard in Ado Local Government Area.

Expressing grave concern over the security threat posed by the invasion of the state by the armed herdsmen, the governor called for urgent help by the security forces to checkmate it.

“We need to do  everything possible to arrest the situation. These people are deliberately coming into the state.

“ And I have always maintained that armed herdsmen, ISWA, ISIS and Boko Haram are the same thing and they are out to prosecute the same agenda.

“There are no two ways about that. Even when we went for the North Central Security meeting. l told them the same thing. Miyetti Allah leadership should also be arrested because majority of all the kidnappings you see around are carried out by armed herdsmen.

“They are creating a lot of insecurity and hardship for the people, the federal government must ensure they are arrested and prosecuted just like we are arresting those involved in open grazing in Benue.

“The situation has become a big challenge because the farmers in Benue state are not allowed to have cutlasses but herdsmen are allowed to carry AK47.

“It is not correct, we cannot allow them to get into Benue and continue to create problems for us.

“I don’t have control of the coercive force, but the military Operation Whirl Stroke, OPWS, has done well by returning relative peace but we want them to do it more.,’’ the governor said.

Ortom lamented:“Our Livestock Guards do not have guns to confront the armed herdsmen which is a big challenge.

“But we have been working with the Civil Defence and the trained Agro Rangers who are armed and we will collaborate with them to also help us ensure that herdsmen occupying our communities are moved out to allow the displaced persons return home to a secured environment.’’

On the internally displaced persons, Ortom said they could not be resettled in their homes because of the prevailing security situation.

“Many people have asked why we still leave people in the Internally Displaced Persons camps. But how do I send people home to go and die in this situation? 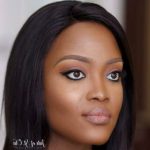 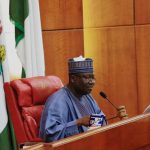