A 37-year-old businessman, Lawrence Atikekeresola, got more than what he bargained for allegedly making a noise at a police station in Lagos.
He is facing a three-count charge bordering on breach of peace and misdemeanor at an Ikeja Chief Magistrates’ Court
Chief Magistrate S. K. Matepo has slammed on the accused a N50, 000 bail with one surety in like sum.
The accused is a resident of No. 5, Alaga St., Alakia, Isebo in Ibadan, Oyo State capital.
Persecondnews reports that  Atikekeresola  pleaded innocence of the offences.
But Insp. Innocent Odugbo, the Police Prosecutor,  said the defendant committed the offences by conducting himself in a manner likely to cause a breach of peace by making a noise.
By that act, he also disrupted the serene and peaceful atmosphere in Area “F ”” Command Headquarter in Ikeja, he said.

The case has been adjourned until Feb. 10.The accused may be jailed for six months or fined N50,000 if convicted, according to the law.
SHARE THIS ARTICLE 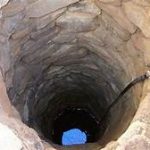 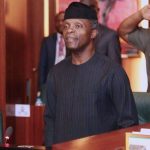