Buhari says conscious of his place in history after tenure 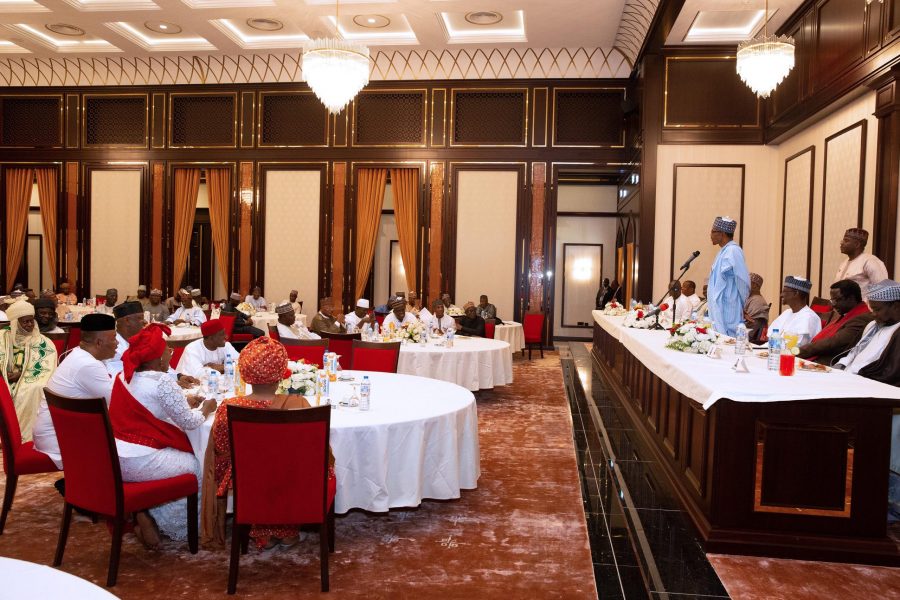 Conscious of finishing well, President Muhammadu Buhari said on Wednesday that at the expiration of his tenure in 2023 he hoped history will be kind to him.

“I hope history will be kind to me and Nigerians at the end of my term,” he said.
He spoke when he received residents of the Federal Capital Territory led by the Minister, Mallam Muhammad Bello, paid him the traditional Christmas homage at the State House, Abuja.

According to him, he is conscious of his duty as a president and will continue to uphold the Constitution of Nigeria.

  “I swore to hold this office in accordance with the Constitution of the Federal Republic of Nigeria and God willing, I will follow the system diligently to the end of my term and I hope history will be kind to me and Nigerians,” Buhari said.

He promised that his administration would continue to do its best to effectively utilise nation’s resources to rebuild the country.

He recalled how he inherited extreme infrastructure deficit worsened by the volatility in the oil market and the activities of militants in the Niger Delta.
 

He, however, pat himself on the back that in the last four years the federal government had recorded “sustainable progress in mobilising resources” to rebuild infrastructure across the country.

“This administration sincerely believes that if you get infrastructure right, most Nigerians will mind their own businesses.

“They may not even care who is in government.

“But when you deny them infrastructural facilities then there is nothing they can do.

“But I can assure you that I thank Nigerians very much from the bottom of my heart.

“When I travelled to all the 36 states before the elections, what I personally observed and the number of Nigerians that turned up in every state to see and listen to me, are more than what anybody can pay or force,” the President recalled.

“What I saw made me believe that the majority of Nigerians understand and sympathise with me.”

 Buhari  described 2019 as “a very successful year for the nation”, thanking Nigerians for believing in him and supporting his regime to take Nigeria to the “Next Level.”

He added:“We thank God. It has been a very successful year, relative to the composition of this country, both politically and ethnically.”

The president told the delegation, comprising religious, traditional and political leaders as well top civil servants and members of the press, “You are our eyes and ears, we have to listen to you and I hope you are encouraging your constituencies that this leadership means well and is concerned about them.”

Earlier, the minister said the Christmas Day homage presented an opportunity for FCT residents to thank the president for his unwavering support.

 He acknowledged the support of security agencies in the country, saying FCT has  enjoyed relative peace because of their collaboration.

Christmas cards were presented to the President by the FCT Community and the State House Chapel.
BuhariNigeria
Share
Subscribe to our newsletter
Sign up here to get the latest news, updates and special offers delivered directly to your inbox.
You can unsubscribe at any time

The Day In Pictures: Christmas At The Presidential Villa

In Photos: President Buhari and Osinbajo laughing together on Christmas Day