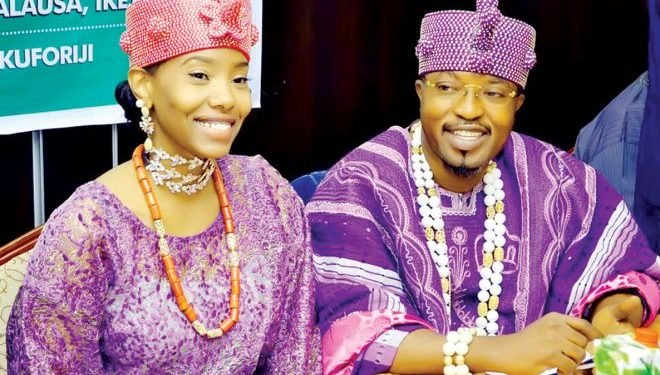 When Socrates was asked whether it was better for a man to marry or remain single, he answered: “Let him take which course he will, he will repent of it.’’

Again , Socrates’ marital difficulties are instructive here. Out of them he coined this adage:“By all means marry. If you get a good wife, you will become very happy; if you get a bad one you will become a philosopher – and that is good for every man.’’

The Oluwo of Iwo in Osun had put a disclaimer on the social media: “Ms Chanel Chin is an Ex-Queen of Oluwo.’’

A reproachful astonishment you will say! In those days it is unheard of that a traditional ruler in Africa or Nigeria would divorce his wife and turn himself and royal stool to a wretched cove of distrust and hatred.

But it appears that modernity has sacked traditionalism and it is right here in Iwo in Osun State Nigeria as His Royal Majesty, Abdulrosheed Adewale Akanbi, Telu I, joyfully and with animated delight dissolved his own marriage.

He has bade his estranged wife and “Olori’’, Chanel Chin, good bye forever and not until death do them part. In Yorubaland, royal fathers preside over marital crises and troubled marriages, offer wise counsel to reunited couples and for irreconcilable ones, they part asunder.

Now Oluwo’s troubled and joyless marriage could neither be saved from the ravages of betrayal and mistrust by himself as an embodiment of wisdom and custodian of Yoruba culture nor by the deities.

Who says the gods are not to blame for failing to intervene in the messy affair.

So what happens to the vows, “I love you always and most passionately, I love you forever, my hear, my sugar, my honey (not bee !) and I swear never to love anyone else until death do us part.’’

Definitely, all these are no longer running in the brain and heart of his royal majesty and he had to severe the vows and the relationship they made in the presence of friends and families.

Oluwo and Chanel hit the news waves and like a sea-worn vessel crashing against the trunk of an iceberg, disintegrated the union to her dismay and consternation of the royal family.

Joy, love and blissfulness departed their marriage in the unholy and lorn hours, like a crushed knight fleeing the gates of a fallen fortress.

A writer said of the ex-couple: “To Oluwo, the hot love that warmed the inner cockles of his heart soon became the thorn that pierced his lungs while he inhaled the fragrance of passion. Thus his marriage to Chanel crashed irredeemably, while they were busy doing other things.

The couple certainly fell out of love, forgetting that where there is no love, there is no ardour. They simply stopped tolerating each other. They could no longer bear to live as man and wife while their passion subsided and their home became a wretched cove of distrust and hatred.’’

“This information is necessary for the attention of the general public to avoid representation on proxy or accordance of respect attached to the sacred stool of Oluwo to her.

“For personal irreconcilable differences, Chanel Chin ceased to be his Majesty’s queen. We equally enjoin the public to disregard any business transaction or request with her using the office of his majesty.

Parting to meet no more, Oluwo also said: `We wish her the best in her new journey. 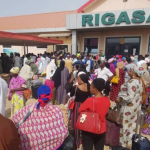 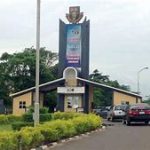