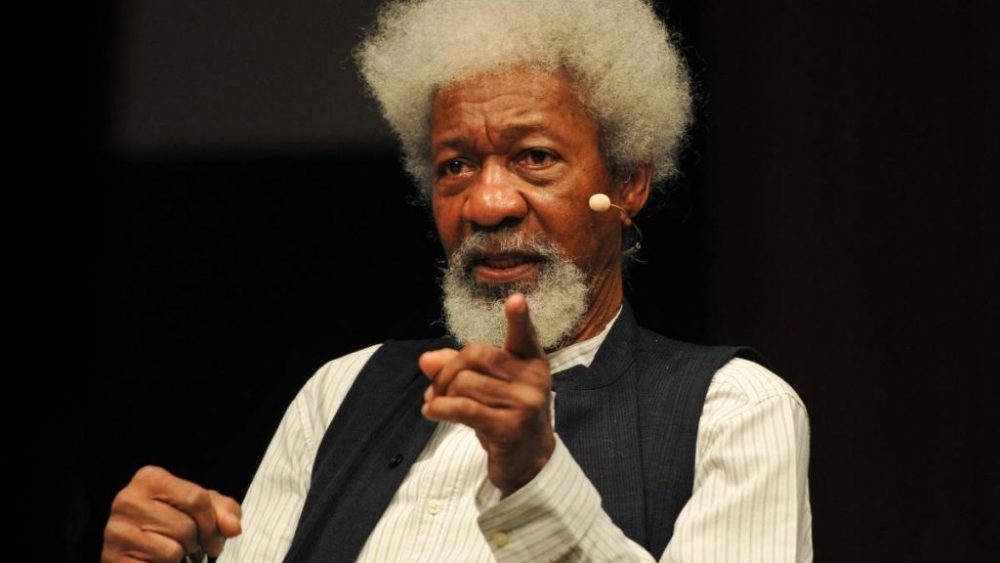 For the umpteenth time, Prof. Wole Soyinka, says he is incensed by the Federal Government’s continued disobedience of court orders and judgments.

Alluding to the refusal of the Federal Government to release the detained Publisher Sahara Reporters and ex-presidential candidate, Mr Omoyele Sowore, in spite of court orders, Soyinka accused it of treating such orders with disdain.
Sowore was arrested since August  for calling for revolution to protest what he called bad governance in the country through his #RevolutionNow movement.
Soyinka said: “There are of course more effective ways of degrading a judiciary than merely brutalising a judge, and leaving his judicial robes in tatters.
“One of the most effective, increasingly optimised in Nigeria, is simply by not only ignoring, but treating its orders with disdain, encouraging its agencies to trot out cynical excuses for disobedience while laughing all the way to the citadel of power.

“In that regard, there does appear to be an undeclared contest among succeeding governments, intensified since the return of the nation to civilian government in 1999 for placement in the Guinness Book of Records as the most notorious Scofflaw in the field of democratic pretensions.

“Or could it be an anticipation of a proposal I made at the Athens Democracy Forum some months ago, calling for an annual award – such as an Order of Demerit – for such an achiever?”

In a statement titled, “Between thuggery and state disobedience”, the Nobel laureate said he had no hesitation in admitting that he had a personal, formative interest in the health of the Nigerian judiciary, deeper perhaps than the average Nigerian.

“At a critical junction in the life of this writer, a judge resolved to give primacy to the call of conscience, affirm his professional integrity and defend the supremacy of law in defiance of state interference.

“He refused to bow to external pressure in adjudicating a case whose conclusion, had this accused been found guilty as charged, would have been life imprisonment.

“That individual, the late Justice Kayode Eso, has narrated the event in his autobiography – The Mystery Gunman with his noted wit and judicial poise.

“The deputy premier of the then Western region of Nigeria had summoned the judge to his residence, lectured him on his duty to protect the interests of the government against the accused.

“Justice Kayode listened politely, re-affirmed his commitment to the rule of law, and took his leave.

“It would be most surprising if my own brush with the law has not crossed my mind since the predicament of Omoyele Sowole, journalist and former presidential candidate began,” he said.

He also pointed out some cases of court disobedience including a purported slapping of a judge in the Ekiti State by the then state governor, Ayo Fayose, and the refusal of the Federal Government to release council funds of Lagos State despite a court order without the judiciary acting against them.

The playwright noted that the Nigerian judiciary was not thereby, nor today a model of perfection.

Soyinka stressed: “Nonetheless, exemplars such as Justice Esho have succeeded in creating, in some of us, an exceptional respect for the Bench, instilled a conviction that the law, despite its lapses, demands respect, autonomy and obedience.

“Much of the judiciary across the continent remains constantly under siege – Nigeria is no exception. Needless to say, it often strikes me that the ‘learned brotherhood’ could do more to protect, and assert itself.

“Apart from the obvious and numerous scandals of moral deficit that require constant internal purgation, there are instances where it does fail to protect itself even from putative and/or illegal power.”

Asking if Sowore was Myetti Allah, Soyinka said for those agencies who actually thought to inhibit social revolution by fastening on the alarmist association of the word ‘revolution’, “half the citizens of this nation should be in permanent detention.

“From pulpit to minaret, from clinic to fish market, from student club to motor park, the wish for drastic transformation of this nation is staple discourse.

“Perhaps we should begin with its application to that institution whose decisions affect both society and individuals with such finality, for good or ill – the judiciary,” the playwright and social critic said.
SHARE THIS ARTICLE 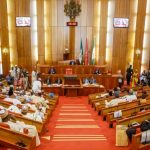 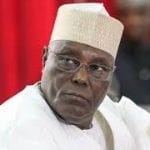