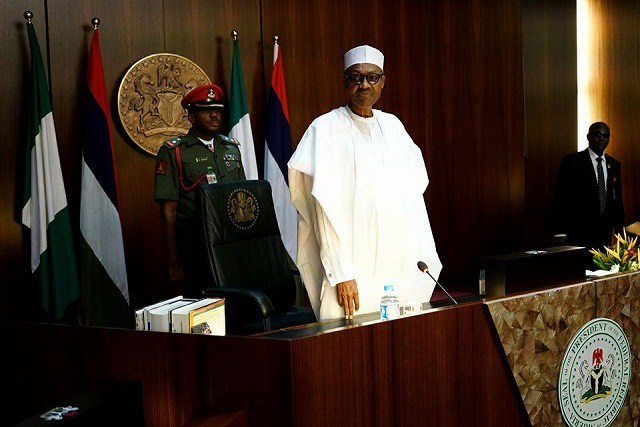 The Federal Executive Council (FEC), presided over by President Muhammadu Buhari, on Wednesday, approved the sum of N4.852 billion for the completion of roads connecting Kwara and Osun states.

Speaking on the approval for the roads, the Minister of Works and Housing, Babatunde Fashola, told State House Correspondents after the meeting that the first memorandum was for the 18km section of the Ajase-Ipo-Erinle-Offa Road in Kwara State.

The minister explained that the road connects Kwara State in North Central Nigeria, to Osun State in South West of the country.

Fashola added that the second approval given at the cabinet meeting, was for the sum of N825 million variation for the Osogbo-Ilesa Road in Osun State.

According to him, the contract for the construction of the road was awarded in 2012 but wasn’t funded.

He said: “The approval was for the 18km section that completes the entire length of 26km of the road. All that was awarded in the previous administration was just eight km of the 26 km.

“So, what we have done now is to award the 18km so that the full stretch of 26km is now under contract for the purpose of completion.

“That comes to a sum of N4.027billion for the 18km stretch.  The previous contract is still going on. So, this is an addendum to that contract.

“This is to expand the original contract by three kilometers link up to Osogbo town—the built up section because it is supposed to by-pass the town.

“So, this the 3.4km that the governor requested when I went on the nation-wide road tour that we should help them connect it to Osogbo town.

“So, going through procurement and all of that, we finally got the approval today for N825million to include that part.”

Further speaking, Fashola stated that Muhammadu Buhari’s administration has done 76 percent of the project, but explained that the ministry needed the approval to expand the road by about three kilometers.

FEC also approved the sum of N244 million for the procurement of raw materials, for the production of vaccines by the National Veterinary Research Institute, Vom, Plateau State.

The Minister of Agriculture and Rural Development, Sabo Nanono, speaking more on the approved the sum for production of vaccines said: “A contract of N244 million was approved by the Executive Council for the purchase of raw materials for the production of vaccines for use against animal diseases; poultry, dogs and other animals, by the National Veterinary Research Institute, Vom, which has been in existence for a very long time now.”

He assured that the Research Institute will continue to play its key role of conducting research for animal husbandry and producing vaccines for same, as a way of safeguarding the lives of animals.

Babatunde FasholaFECKwaraMuhammadu BuhariNational Veterinary Research InstituteOsunSabo NanonoVom
Share
Subscribe to our newsletter
Sign up here to get the latest news, updates and special offers delivered directly to your inbox.
You can unsubscribe at any time