He also said insurgency in the Northeast is being degraded on daily basis with many of the insurgents giving up their arms to the authorities.

He spoke at a media briefing with State House correspondents at the end of the security meeting presided over by President Muhammadu Buhari.

To consolidate on the gains, Adamu said Buhari had directed the country’s service chiefs and the I-G to sustain the tempo in degrading insurgency, banditry, armed robbery, kidnappings and other crimes in the country.

“The meeting reviewed the security situation all over the country and we realize that its stable, banditry has been reduced to the nearest minimum, kidnapping has been reduced significantly.

“The epicenter of this kidnapping as you know in the Northwestern part of the  country  — Zamfara, Katsina, Kaduna — they are all very calm now.

“The insurgency in the northeast on daily basis they are being degraded and many of the insurgents are surrounding to the authorities, they are giving up their arms and for that reason we have been encouraged to sustain the tempo.

“All the successes recorded that comes from cooperation from members of the public, including the press because most of you have objectively assessed the actual security situation in the country, which your followers agreed to it.

“So, we have been encouraged to continue with the tempo so that insurgency can be greatly eliminated from the country,’’ he said.

On the Kogi, Bayelsa elections, the IGP disclosed that 11 people were arrested in the two states during the exercise for various offences.

“Well, if you look at the two elections, I think Bayelsa was more peaceful. From the beginning when we were deploying, we had issues in Nembe where some of  our policemen were attacked by some hoodlums, two people  were arrested and then in Kogi, nine people were arrested.”

He blamed the attack on polling centres and snatching of electoral materials during the elections in the two states on what he called fake police.

Assessing the performance of his men during the elections, Adamu explained that the police helicopter that “appeared to shoot teargas at Kogi voters was patrolling the sky to deter potential troublemakers’’.

The IGP said that there were reports before the election that politicians were sewing police and army uniforms for thugs in preparation for the exercise.

“We provided identification tags for our personnel deployed for election duties; the  people in police or army uniforms who did not have the tags were fake.

“Before the elections, threats assessment of the two states and we realize that there was going to the violence in two states. Because during the campaigns we saw how the opponents were fighting themselves and so we prepared so much for that.

“So we knew that it was not going to be easy and so we had to prepare heavily for  the elections.’’ Adamu said. 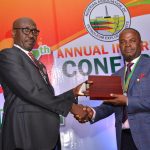 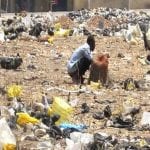