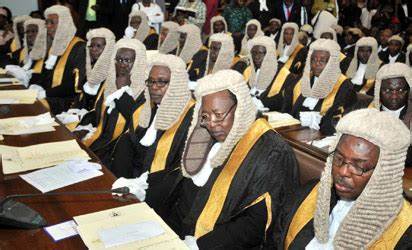 Outraged by the continued disobedience of court order by the Department of State Services (DSS), the Nigeria Bar Association (NBA) has criticized the agency for what it called its notoriety in treating judicial process with disdain.

The NBA described the Department as a notorious agency that “enjoys treating judicial process with disdain, particularly as it pertains to obeying orders of courts enforcing the fundamental rights of Nigerians’’.

NBA’s comment came against the backdrop of DSS’s refusal to release on bail Mr Omoyele Sowore since September 24.

Justice Taiwo Taiwo of the Federal High Court, Abuja, had ordered the release Sowore by the DSS to his lawyer, Mr Femi Falana, after fulfilling his bail terms.

Sowore had since submitted his travel documents while his lawyer had agreed to produce him anytime for trial.

“This is unacceptable in a country where there are laws and a nation whose Head of State professed at the recently concluded United Nations General Assembly to respect the human rights of citizens.

“The continued detention of Sowore by the DSS amounts to violation of his constitutional rights to personal liberty and that no one person shall be deprived of his liberty without a valid court order as provided for in Section 35 of the Constitution of the Federal Republic of Nigeria,’’ the NBA said in a statement on Sunday.

The statement was  signed by the National Publicity Secretary of NBA, Mr Kunle Edun.

Sowore, the convener of #RevolutionNow protest, was picked up in a Lagos hotel by DSS personnel on Saturday, August 3, in an attempt to scuttle the protest planned to hold on Monday, August 5.

The activist and publisher of SaharaReporters, an online news portal, had boldly called Nigerians to join him in the protest against President Muhammadu Buhari’s administration.

The NBA contended that since the DSS found it convenient to approach the Federal High Court in ensuring the detention of Sowore for more than 50 days, it was not acceptable that the agency has since comfortably refused to comply with the order of the same court directing the release of Sowore.

It recalled the continued detention of retired Col. Sambo Dasuki, former National Security Adviser in spite of various court orders and called for the immediate release of Sowore and other Nigerians languishing in DSS detention centres without any charge brought against them. 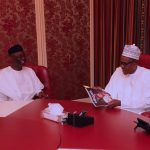 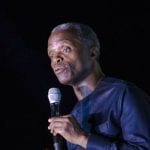