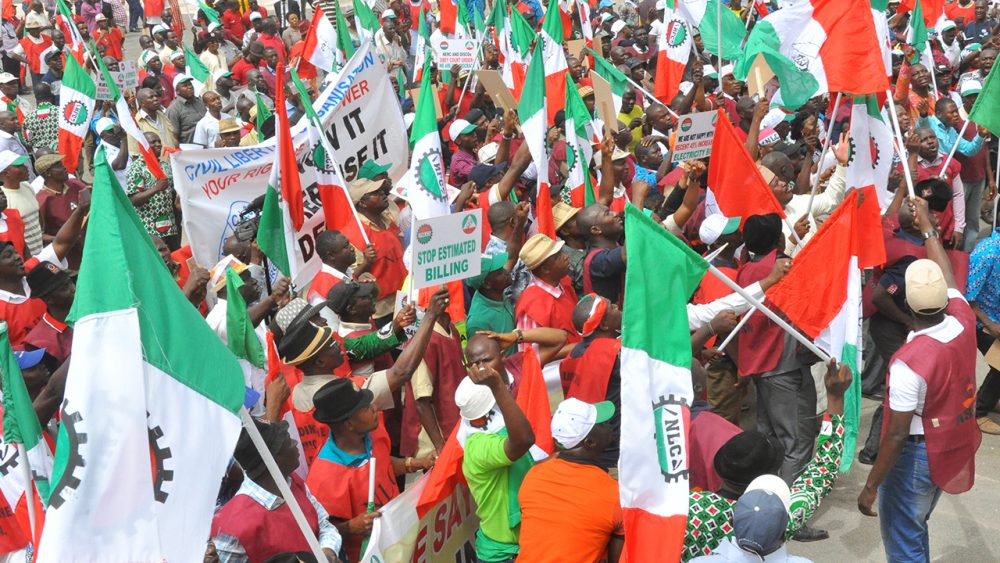 The Federal Government and the labour unions on Monday failed to reach an agreement on consequential adjustment on the N30,000 minimum wage.

The workers have  threatened industrial action against the government over discrepancies in the national Minimum Wage implementation.

At a scheduled meeting between the Joint Public Service Negotiating Council which was chaired by the Head of Civil Service of the Federation,  Winifred Oyo-Ita, both parties only succeeded in making minor adjustments in their earlier positions held.

Chairman of the Labour team, Simon Anchaver said that workers stepped down to 29 percent from 30 percent for grade levels 7 to 14 and 24 from 25 percent for levels 15 to 17.

Anchaver said labour negotiating team has taken a resolution to write to the leaderships of the Nigeria Labour Congress, NLC and Trade Union Congress, TUC to consider an industrial action as a means of putting government in checks.

He described government’s foot dragging on the new wage implementation as an invitation for strike action, noting that workers were already agitated on whether their accumulated arrears will be paid when talks are finally concluded.

He said just like the last inconclusive meeting, the two positions at the end of today’s talks are to be presented to President for further actions.

Recall that President Buhari signed into law N30,000 minimum national wage in April, 2019, but six months down the line, the policy was yet to take effect over descripancies in the salary scales for the various tier of workers.

FGLabourminimum wageNigeriaNLCStrike
Share
Subscribe to our newsletter
Sign up here to get the latest news, updates and special offers delivered directly to your inbox.
You can unsubscribe at any time

Photos: Amb Bande takes over as president of the 74th session of the UN General Assembly