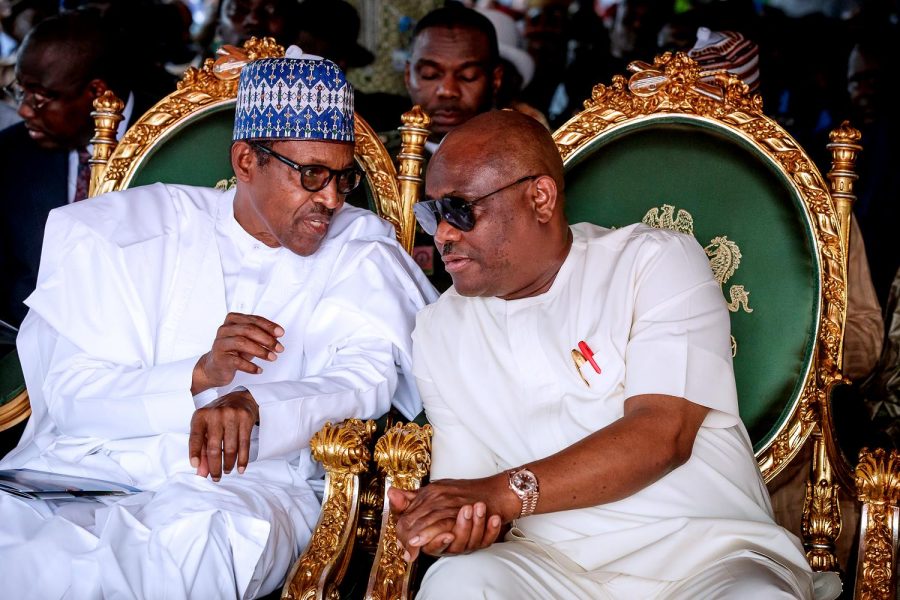 Speaking at the at St. Luke’s Anglican Church, Emohua, during the funeral service of the mother of a PDP leader in the state, Rivers governor Nyesom Wike, accused some PDP governors’ of standing with President Muhammadu Buhari, saying they were traitors.

“I am sure all of you are surprised that I congratulated Buhari. Is it not good for me to congratulate him than to go to his house in the night?” he asked.

“He is not my friend; he is not doing well, but he won in court. Should I say that the court did wrong? No. President Buhari, congratulations and carry Nigerians along. Unify the country; the country is too divided. I am saying what is right. What I will do, I will do; what I will not do, I will not do.”

“Politics is a game of interest. And my only interest is Rivers State . Anything that is against the interest of Rivers State, I will not agree,” he said.

“These people sold us out, thinking that they are doing Governor Wike. It is the State that you are offending, because I am just one person.”

“We produce oil . They should not punish Rivers State because of me. I am just one individual. We have not benefited anything from the Federal Government. The only thing we have benefited is the abuse they heap on me,” he said.

“They turned the NDDC into a cash cow to sponsor elections against us. Nobody protested that anomaly. Now they want us to protest because someone did not nominate the management of NDDC this time.

“Since 2015, NDDC has not had its governing board, but nobody protested. I will not be dragged into such protests “, he stressed further.

APCBuhariGovernorsNDDCNigeriaPDPRiversWike
Share
Subscribe to our newsletter
Sign up here to get the latest news, updates and special offers delivered directly to your inbox.
You can unsubscribe at any time