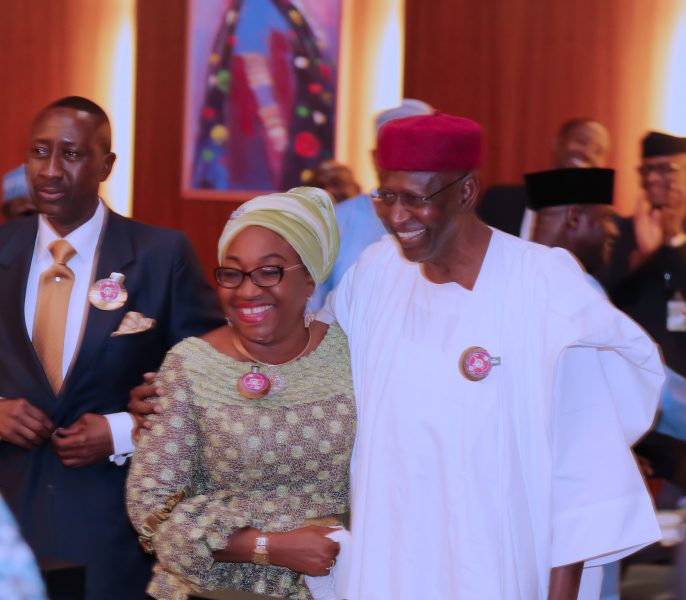 PRESIDENT BUHARI PRESIDES OVER FEC 11. R-L; Chief of Staff, Mal Abba Kyari embraced the Head of Civil Service of the Federation, Mrs Winifred Oyo-Ita while the NSA Major General Babagan Monguno Rtd looks on during the Federal Executive Council Meeting held at the Council Chambers State House. PHOTO; SUNDAY AGHAEZE/ NOV 8 2017
The Head of Service of the Federation, Winifred Oyo-Ita, who has been asked by the Economic and Financial Crimes Commission (EFCC), to answer to allegations bothering  on contract scam to the tune of N3 billion and duty tour allowance falsification and fraud case, has appeared in the Presidential Villa.

The HoS who was conspicuously absent at the just concluded two-day presidential retreat for ministers-designate, federal permanent secretaries and top government functionaries, is currently meeting with the Chief of Staff to the President, Abba Kyari, in his office.

She had confirmed submitting her letter to proceed on retirement to President Muhammadu Buhari. 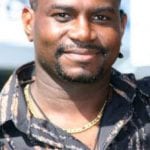 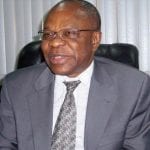