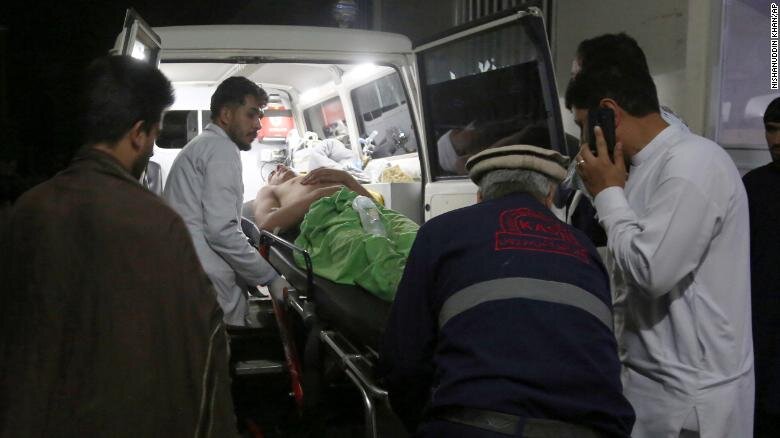 A suicide bomb attack at a wedding in Kabul on Saturday killed 63 people and wounded 182, the Afghan Interior Ministry spokesman said.

Among the victims were women and children, spokesman Nasrat Rahimi said. About 20 people were taken to a Kabul hospital run by the Italian NGO Emergency, the organization said.

“We were planning to sleep when we heard the sound of a loud explosion,” a witness who lives near the venue and did not want to be identified told CNN.

“When I came outside, I saw smoke coming out of the hall. I saw dead bodies and wounded people, who were being taken to hospitals by policemen and Kabul ambulances. We are too in shock, too upset by the incident.”

The Afghan Taliban denied any responsibility for the attack, with spokesman Zabiullah Mojahid saying they condemn the suicide attack on civilians.

The venue is in western Kabul, an area home to many of Afghanistan’s Shiite Hazara minority. It is also near the Darul Aman palace, where President Ashraf Ghani is expected to celebrate Afghan Independence Day on Monday.

Earlier this month, 14 people were killed and 145 injured in the same district when three suicide attackers detonated an improvised explosive device at the gate of the police headquarters.

The Taliban claimed responsibility for the August 7 attack, even as the terror group negotiates a peace plan with Washington.

Afghanistan
Share
Subscribe to our newsletter
Sign up here to get the latest news, updates and special offers delivered directly to your inbox.
You can unsubscribe at any time

VP Osinbajo says Oyegun is “on the right side of history”