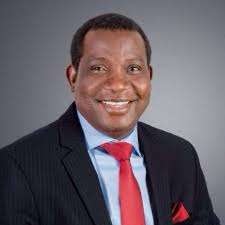 The Plateau State Governor, Simon Lalong, has disclosed that the northern governors will soon convene a summit on insecurity and education, following the outcome of Presidential Policy Retreat at the weekend.

Lalong, who disclosed this to State House Correspondents at the end of the retreat held at the Presidential Villa in Abuja, said the most important take away from the retreat was tackling insecurity.

He said “I had mentioned here that when I was elected as the chairman of northern governors forum that my priority is security. So we discussed how to tackle insecurity as presented by the Inspector General of Police, with a lot of contributions.

“The second aspect is education, we mentioned to the president the Almajiri system. So these were the things that all of us have taken in and very soon, I will convene the northern summit for us to collectively discuss because at the northern governors forum, I have already set up a committee chaired by the governor of Katsina to look generally at insecurity in the north.

“We also set up another committee to look at education in the north and then the prospect of an economic summit for north. So these are three things which we are working on.

“These were done by the party and Mr President to prepare the president for the inauguration of his federal executive council members.

On the political will to implement the resolutions of the retreat and other policies, the governor said, “That was why the party set up this and I think this is the first time the party is bringing this initiative.

He said: “At federal executive council, at national economic council we will continue to push for the implementation. It is not our duty but we are also heads of our state, therefore, once Mr. President pull the trigger, we will support him and we will also replicate it in our various states.”

When asked what he will do differently in Plateau state in his second term in office, he said, “I have said this on several occasions that plateau is one state that went into insecurity when there was serious insecurity but now in Plateau we have relative peace.

“My state is not one of those that are engulfed in crisis right now. But with this and some of the issues that were raised, I am going to add some of the knowledge I gained today to the current method and also the process I have set in place to ensure we have peace in Plateau state.” 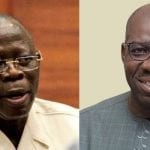