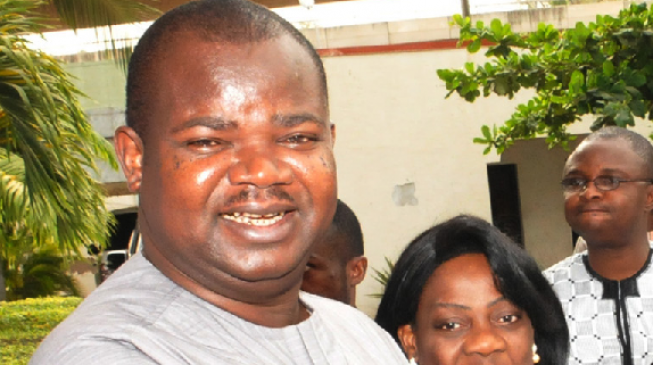 Share
A Chieftain in the Edo State All Progressives Congress (APC), Olorogun Ima Niboro, on Wednesday congratulated the duo of Festus Keyamo and Rotimi Amaechi on their nomination as ministers from Delta state.
He also praised President Muhammadu Buhari for reappointing the one time of transportation, Amaechi, who he described as committed “ally” to the president.
“Given the far sighted decision of the APC mainstream faction led by Olorogun O’tega Emerhor to terminate all pending litigations, Keyamo is in a pole position to truly unite the party and be the impartial arbiter we have always sought .
“With a hopefully direct access at the presidency, we believe that through Keyamo there might be a direct ventilation of things Delta before the president himself, in order to bring home more and more dividends of democracy to our people,” Niboro said.
Speaking on Amaechi’s nomination, Niboro said that: “When it appeared that he stood little or no chance, Amaechi braved all odds to stand by him, and help redefine the Buhari persona into a national movement. Buhari is a general, and understands such things deeper than the average politician. Add Amaechi’s robust interventions in the rail sector where he has worked to budget, and without a whiff of scandal, we fully expected his return to cabinet only as a matter of course.”
He also congratulated the leaders of APC in Delta, particularly the Deputy Senate President, Obarisi Ovie Omo Agege, and Olorogun O’tega Emerhor, noting that Keyamo’s appointment is as much a victory for them as it is for all Deltans.
AmaechiAPCBuhariDeltaKeyamoNiboro
Share
Subscribe to our newsletter
Sign up here to get the latest news, updates and special offers delivered directly to your inbox.
You can unsubscribe at any time

6 Things to know about Sadiya Farouq, Buhari’s nominee for minister