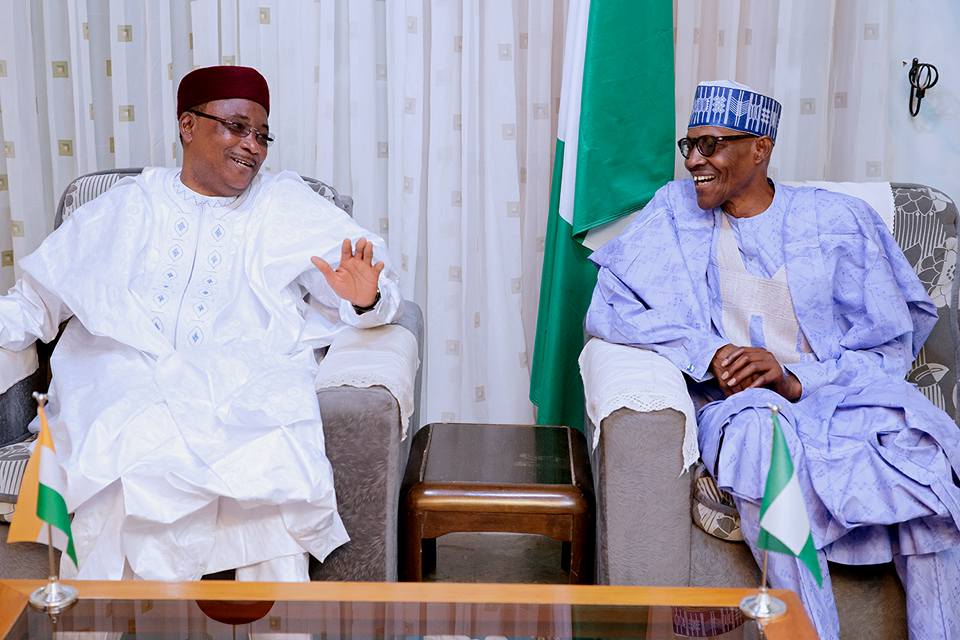 He also unveiled the Photo-Book “Being Buhari”, a historical value covering the last four years of his administration.

Others are President of Zimbabwe,Emmerson Mnangagwa; President of Senegal,Macky Sall; Prime Minister of Uganda,Ruhakana Rugunda, President of the Gambia Adama Barrow and President of Niger Republic, Mahamadou Issoufou.

The event which took place at the Conference Center of the Presidential villa, Abuja also played host to former Nigerian Presidents and heads of states, Vice-Presidents, Presidents of courts of appeal and Justices of the supreme Court, chiefs justice of Nigeria, newly elected Speaker, Femi Gbajabiamila and the President of the Senate, Ahmed Lawan.

The ceremony also had in attendance former members of the Federal Executive Council and will continue today with a fanfare at the Eagle Square, Abuja.

Speaking at the dinner, Secretary of the Government of the Federation, SGF, Boss Mustapha said the maiden celebration of Democracy Day on June 12 was unique and only that it coincided with the election of new leadership of the National Assembly, but it also hosted Presidents and Heads of Government from different countries.

June 12
Share
Subscribe to our newsletter
Sign up here to get the latest news, updates and special offers delivered directly to your inbox.
You can unsubscribe at any time

The Day In Pictures: Buhari receives Senate President, Deputy at the Villa