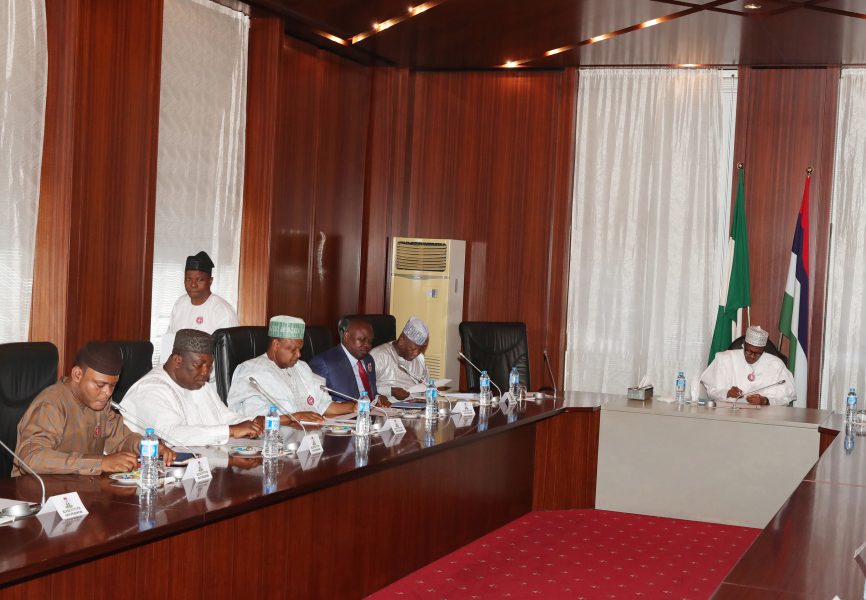 Governors from the 36 states of the federation that have seen many crime and terror-inspired incidents at home Wednesday night resolved to meet President Muhammadu Buhari over the persistent security challenges across the country.

Chairman of Nigeria Governors Forum (NGF) and Governor of Zamfara State, Abdulaziz Yari, told newsmen Wednesday night that the resolution became necessary as they are becoming helpless as chief security officers of their various state.

He said the meeting is to find real and effective solutions to the security challenges facing the country.

Yari said the issue of insecurity was discussed under any other business on the agenda of their meeting where they elected Kayode Fayemi of Ekiti State as the new NGF chairman and Aminu Tambuwal of Sokoto State as the deputy chairman of NGF via consensus.

While reacting to the call by the Peoples Democratic Party, Governors Forum (PDPGF) newly elected chairman, Governor Seriake Dickson of Bayelsa, for immediate declaration of a state of emergency on security, Yari said: “We unanimously agree that the best way to go is to meet Mr. president and talk to him one on one. We are given constitutional responsibility, security is under Mr. President while we are federating to him because he is the commander in chief. Therefore we know what is on ground and we have resolved to meet with him only not with anybody else to discuss the issue of security and we hope to come up with solution.

“In the states they don’t know the president, they only hear him in the news, they only know governors and no matter what it is, the constitution specifically said we are the chief security officer of our states while the president is the commander in chief. Therefore, we need to sit down with him because insecurity is everywhere from north to south, from south to west. So we need to sit down with him and tell him how it is, tell him about our experiences and discuss how we can move forward.” 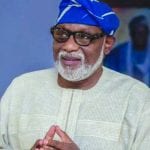 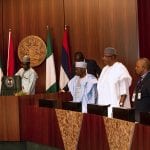