The Nigerian National Petroleum Corporation (NNPC) has clarified that none of its staff was involved or arrested in the suspected fraudulent ATM transaction involving some alleged swindlers and workers in a filling station located at Kubwa, on the outskirts of Abuja.

The NNPC in a release by its Group General Manager, Group Public Affairs Division, Ndu Ughamadu, explained that the station in question was engaged to NNPC Retail, its downstream subsidiary, on cash-and- carry basis which meant that the company paid for products before supply was made to the station.

The Corporation noted that by the nature of its contractual terms with the company, the firm operated the station with its Staff independently stating that the workers of the station arrested in the said transaction were not staff of the Corporation.

On the reported fraudulent transfer of the sum of N950, 000 by the suspects to NNPC Account, the Corporation said it was impossible to effect such transfer since all sales proceeds from the station were remitted to the company’s account noting that the said account involved in the case was not an NNPC account as erroneously stated in some media reports. 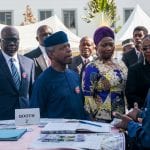 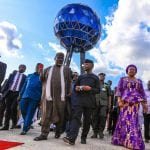