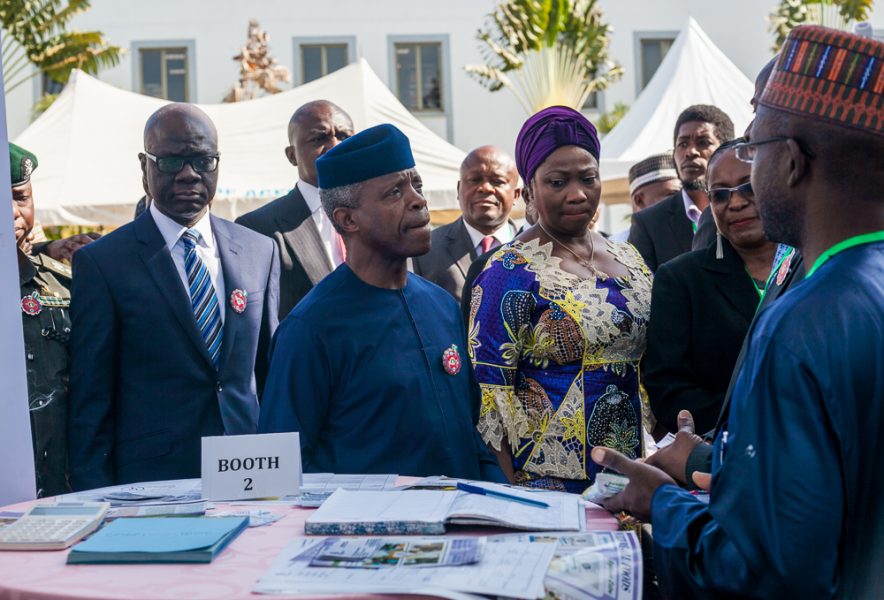 The Federal Executive Council (FEC) presided over by Vice President Yemi Osinbajo, on Thursday approved N1.8 billion for the reconstruction and rehabilitation of buildings of railway village in Agbo, Delta.

This is even as the last council meeting of the Muhammadu Buhari’s first term is expected to hold on next Monday, the 20th of May, before the valedictory session on the 22nd of May.

Minister of State for Aviation, Hadi Sirika, who briefed alongside his colleagues Ministers of Information and Culture, Lai Mohammed and  Federal Capital Territory (FCT), Malam Muhammed Bello, said council also approved the sum of N743 million for the procurement of security and safety deficiencies as well as incidence laboratory for Nigeria Civil Aviation Authority (NCAA).

He said the total sum for the procurement included taxes with a completion period of 12 months.

Sirika added that council also approved the contract for the procurement of pavement marking machines was also approved by the council at the cost of N391.8 million.

“This is a visual aid for pilots for safe operations around our airports,” he said.

According to the minister, the council also approved the sum of €1.1 million, for the purchase of a total radar coverage track on system reconditioning.

The Minister of the Federal Capital Territory (FCT),  Bello, said that the council approved six contracts worth N2.6 billion for the FCT.

“The FCT got approval for the award of contract for the construction and equipping of materials testing laboratory in Abuja and that contract is in the sum of N616, 278, 844.19 with a completion period of five months.

“That laboratory already is under construction, so basically it is just to equip the laboratory and is going to test all the items that go into the construction of roads and buildings,” he said.

Bello further said cabinet approved another contract for a temporary access road in the central area of the territory.

“The second contract was for the provision of an access road to link very key anterior roads in the Central Business District that is Ahmadu Bello Way and Sani Abacha Way, all in the FCT, in the sum of N670, 347, 909 with a completion period of six months.

“The third memo was for the award of contract for the design of engineering and solid waste treatment plant and transfer stations in the FCT and it is a consultancy project awarded in the sum of N473, 798, 934, to be completed in 12 months.

“These transfer stations are meant to serve the waste management value chain so that before you get to the final dump site, solid waste is separated according to the various grades and that makes it easier for recycling.

”As you know now we have what is called waste to wealth and that will create a very important economic system for people who will invest in it,” he said.

He said another contract awarded for the FCT was that of engineering design of expandable main sewage treatment plant at Kango and Associated Trunk lines at the cost of N511, 528, 689.

Bello added that the FCT got approval for the final design of engineering infrastructure and production of tender documents at the cost of N202, 410, 378.45.

He stated that another N143.7million was approved for the final engineering design of infrastructure and production of another tender document for Sector Centres E and F in phase 111 of FCC, Abuja.

The Minister of Information and Culture, Mohammed, disclosed that N1,081,345,163.45 was approved by the council for the construction of School of Engineering at the Federal University of Technology, Akure, Ondo State.

He said council also approved consultancy for a capacity development programme for teachers that would handle special needs and disability education.

“The contract was given to a consultant at the cost of N338,281,250 with a completion period of four weeks.

“This will actually entail training 18 teachers from each state of the federation to handle students with special needs and disability,” he said.