That APC’s wager on Lawan and Gbaja 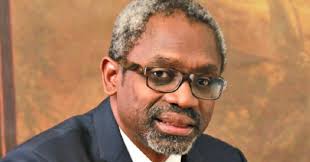 I do not look into crystal balls. That is not my preoccupation.  I certainly lack the endowment of predicting the future. That enterprise is better left to the confident fortune-tellers. Agreed it is their forte, there is the possibility of their getting it wrong sometimes and such times could be moments of great national anxiety when the divine is summoned to duty to unknot identified tangles in the affairs of men.

Regardless, the obsessed clairvoyants continue to indulge in their delicate trade. They foretell and are ready to take the glory or damnation for the precision or otherwise of their predictions. Even, if I have a hunch about an upcoming occurrence, I will do well to harbour it within the confines of my heart, until it manifests on its motion. If it does not manifest, after all, as they say, “nothing would have spoilt”. That is the beauty of my predilection.  Refusing to saunter into the realm of clairvoyance, especially on political matters in a very unpredictable milieu such as ours is wisdom.

Conversely, there is nothing to fear about looking into the past and interrogating events that shaped human history.  The past is constant. It offers an expansive terrain for historians, archeologists, anthropologists, researchers, etc., to dwell on. There is nothing to predict about the past. But there is so much to visit through the voyage of the mind. This reinforces the compelling insight of a philosopher who once said: “This then is denied unto God: the ability to change the past.”

It is against this backdrop that I have set out to interrogate the essential antecedents of the summative legislative voyages of Senator Ahmad Lawan and Honourable Femi Gbajabiamila (Gbaja, for short); and, not to predict how the All Progressives Congress’ (APC’s) wager on them for the positions of Senate President and Speaker of the House of Representatives will turn out on June 11, during the inauguration of the 9thNational Assembly and election of presiding officers.

Whether or not Lawan emerges Senate President or Gbaja will be installed Speaker of the House of Representatives, I know not. But what I know – which does not require clairvoyance – is that both will be nominated to contest the position of presiding officers on June 11. The APC leadership believes both candidates should win. But how sure-footed is the party’s belief? They lost in 2015, perhaps because the party’s faith was weak, having failed to enjoy the complementarities of a robust groundwork. After all, the Holy Bible says that faith without work is dead.

One of the lessons of the APC’s loss in 2015 is that there is a limit to which the leadership of the party or any party that controls the majority in the National Assembly can influence the election of presiding officers without working to garner the support of members-elect across party lines. The decision on who to vote for rests with the individual member-elect who exercises that right on the floor.  The Constitution of the Federal Republic of Nigeria expressly provides that members would elect presiding officers from among themselves, not from among members of the majority political party.

However, it is assumed in presidential democracies globally that preference be given to the party that controls the majority seats in the Legislature. While in Nigeria’s Fourth Republic, vesting the authority of Senate President or Speaker of the House in a member of the minority party is an unusual phenomenon, it becomes accepted through consensual arrangement reached by members for political survival as long as the majority of the members of the chamber, and not of the ruling party, pull in the same direction. That was the philosophy that powered Aminu Tambuwwal’s emergence as Speaker of the 7th House of Representatives in spite of Hon. Mulikat Adeola’s endorsement by the then ruling Peoples Democratic Party as its preferred candidate.

And, when it became necessary for Tambuwwal to cross from the PDP to the APC in 2014/2015, the same philosophical support about the independence and unity of the legislature that defied party affiliations played an influential role.  Importantly, there was also the critical factor of inter-personal relationship between the presiding officer, as primus inter pares, and his colleagues. Tambuwwal cultivated robust camaraderie, solid inter-personal relationship and pragmatic public relations with his colleagues. It was therefore easy for him to ride over episodic political storms.

Indeed, rebellion against party positions did not start with the 2015 saga that saw Bukola Saraki and Yakubu Dogara emerge Senate President and Speaker, respectively, at the expense of Lawan and Gbaja that the APC endorsed for the positions. Both Saraki and Dogara acted much faster and smarter than their party, then under the chairmanship of Chief John Odigie-Oyegun.

Now, with Adams Oshiomhole’s leadership, I can vouchsafe that the APC appears to be acting proactively and pragmatically ahead of the inauguration of the National Assembly and the election of presiding officers, though some feel very strongly that the party’s approach has been more like imposing candidates on its caucus in the Federal Legislature. But the party would not be dissuaded. Putting its wager on Lawan and Gbaja, the APC is staking its reputation a second time. The difference is that this time round, there is fire in the character and pluck of the man in the driver’s seat – Oshiomhole.

Unfazed by the historical rebellions that had fractured party discipline and supremacy, especially in this Fourth Republic, Oshiomhole is digging his feet further into the process of building the leadership architecture of the National Assembly in the face of pockets of resistance. The Oshiomhole leadership does not want to take prisoners going by the massive underground and behind-the-scene mobilisation and deployment of the instrumentality of the anti-graft agency to rein in some stakeholders.

Whereas, President Muhammadu Buhari has, on the surface, tried to detach himself from the process by not openly commenting on or reinforcing the party’s purported endorsements of Lawan and Gbaja; party leaders and members believe the party leadership enjoys tacit presidential support. If the leadership fails in its bid to install Lawan and Gbaja, it would not be for lack of will or the wherewithal to actualize the agenda; mutual suspicion and strategic positioning for 2023 presidential election within the APC would have accounted for the failure.

The purported hand of Asiwaju Bola Tinubu, who is believed to harbour interest in 2023 presidency, in the endorsement of Lawan and Gbaja has greatly threatened the so-called party position. There are moves to scuttle the burgeoning Tinubu strategic dominance in the party ahead of the presidential battle. Governor Nasir el-Rufai of Kaduna State is believed to be coordinating a formidable national opposition against Tinubu’s presidential agenda. The fear is that this opposition within could break up the APC caucus in the National Assembly and produce election results that are contrary to the party’s reasonable expectations.

If the aggravation is arrested and the APC leaders get to be on the same page, what would be left for Lawan and Gbaja would be to deploy their charisma to win over and retain loyal support of their colleagues. Significantly, both must take steps to deal with the perception by their colleagues that they are arrogant and not team players. Once they overcome this hurdle, they could be home and dry with the party’s wager on them as an advantage. This, I hasten to say, is just a supposition and not a prediction.

·       Ojeifo, editor-in-chief of The Congresswatch magazine, contributed this piece via ojwonderngr@yahoo.com

Senator Ahmad Lawan and Honourable Femi Gbajabiamila
Share
Subscribe to our newsletter
Sign up here to get the latest news, updates and special offers delivered directly to your inbox.
You can unsubscribe at any time

Police Files Charges Against Israeli Who Spat at Polish Ambassador