Kaduna: Adara People Kick Against Unjust Prosecution Of Their Parents By Governor el-Rufai 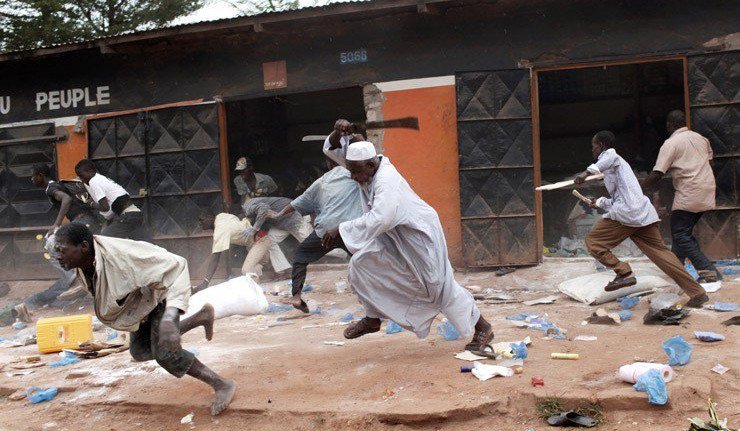 The Adara people in Kajuru Local Government Area of Kaduna state have expressed serious concern and deep shock on the arraignment of their leaders and parents over unproven allegation of killing of 66 or 130 Fulanis by Governor Nasir el-Rufai of Kaduna State.

The people said they are more worried and wondered why those responsible for the killing of about 200 Adara natives are neither arrested talk more of being arraigned, stressing that rather it is the victims that are being punished unjustly for reasons not clearly defined.

These were the statement jointly presented by Mr. Bege Bawa Magaji, Miss Mercy Dio Maisamari and Godiya Sani Magaji on behalf of other concerned children of the nine Adara elders currently being detained in prison.

The children of the detained leaders said they are traumatized that Governor el-Rufai can quickly use the instrument of the Kaduna state government to hurriedly arraign their parents over alleged killing of’ 66 or 130 Fulanis’ that has no trace of any evidence anywhere apart from the claims by Governor Nasir el-Rufai.

They the clear injustice is further worsened by the fact that the allegation is still unproven but wondered why the killings of Adara people with documented evidence has not attracted the arrest of a single person talk more of arraignment for the unwarranted killing of about 200 Adara natives.

According to the Adara children; “Our fathers are locked up in a convict prison with murderers, thieves and rapists even when they have outstandingly served this country in various capacities. They are retirees and advanced in age and manage different form of life threatening ailments, yet they are confined to situations that aggravate their fragile health.

“What have they done to deserve this inhuman treatment? What have we done that the country should match on in the face of this broad day travesty?

“While our parents are being detained, our communities have been fields of the most heinous and mind blowing murders. By day or at night, our communities are attacked again and again. We are being beaten and not allowed to cry. What have we done to be treated this way? Are we no longer citizens of Kaduna State and nationals of Nigeria?

“This is a cry to all men and women of conscience and the international community to help us mount pressure on all tiers of government to free our fathers. It is 80 days since our parents have been unjustly held in prison and arraigned before a magistrate court that has no jurisdiction to try the allegations levelled against them. They have been denied bail.

“We the children of the elders and leaders of Adara request that the rule of law should take precedence so that our aged parents, many who have been away from our homes now for 80 days can be released back to us.

“The government has not arrested a single Fulani for the murder of our people and the destruction of our homes. It is even more shocking that in spite of the fact that these murderers carried out the attacks in broad daylight and sometimes exchange gunshots with security personnel, not a single individual or their sponsors have been arrested.

“This clearly exposes the government’s bias against the Adara nation. Since February 16 2019, our fathers have been in detention having been denied bail. Their continuous detention without bail or trial is a violation of their fundamental human rights.”

The Adara children said that one of their leaders in prison on charges of culpable homicide, is their acting paramount Chief, Engr. Bawa Magaji Kufana, who was Commissioner for Agriculture and later Commissioner for Chieftaincy Affairs during Governor Ahmed Makarfi’s tenure.

The statement further said; “Incidentally, there have been attacks and killings even after the confinement in prison of our elders. The areas of attack include Ungwan Aku, Makyali, Karamai, Dogon Noma, Kajuru Castle, Kasuwan Magani, and Ungwan Gajere, all in Kajuru Local Government.

“Presently, about 12,480 Adara people have been displaced from their ancestral homes and now living in IDP camps with the attendant hazards.

“We are alarmed at the increasing spate of mass slaughter unleashed by terrorists on our innocent people living in Adara communities. These attacks have so far claimed the lives of almost 200 Adara natives, slaughtered in the most cruel and dehumanizing manner. And over 500 houses were destroyed by invading armed herdsmen,” the Adara people stated.

Adara
Share
Subscribe to our newsletter
Sign up here to get the latest news, updates and special offers delivered directly to your inbox.
You can unsubscribe at any time

UN President in Nigeria, says no consensus for permanent seat reform yet.