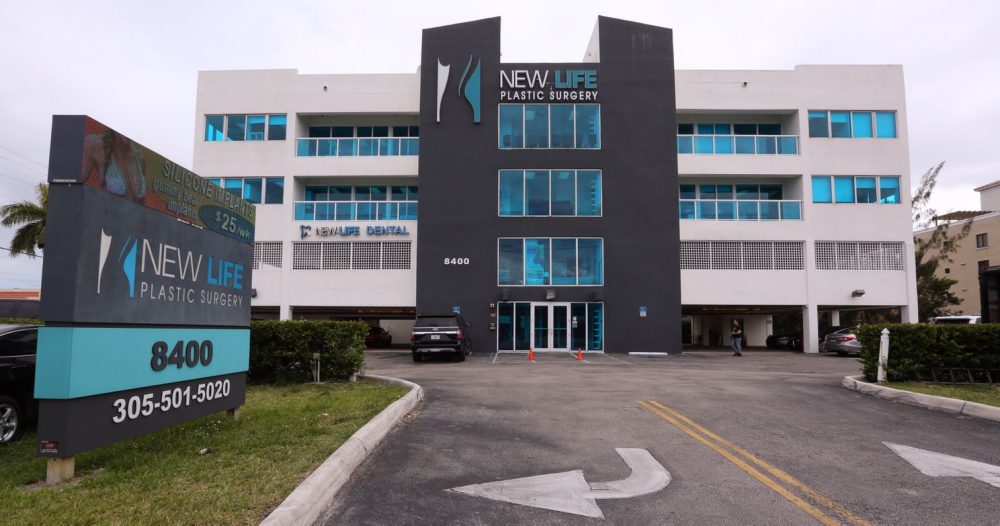 At least 13 women have died after surgeries performed at cosmetic surgery clinics in the United States with over a dozen more women from across the world hospitalized with critical injuries, including punctured internal organs.

The facilities all in Florida is being operated by four convicted felons attracting patients, mostly women from across the world seeking the latest body sculpting procedures at discount prices.

The facilities are Seduction by Jardon, New Life Plastic Surgery and Strax Rejuvenation, and Spectrum Aesthetics, according to investigation by USAToday.

At New Life Plastic Surgery, and Strax Rejuvenation, a couple of women died after their doctors injected fat into their muscles in a popular procedure known as the Brazilian butt lift, autopsy records and interviews show.

One woman, who left Spectrum Aesthetics with a stray surgical sponge sewn into her abdomen, said she would have canceled her tummy tuck if she had known the operators had been convicted of defrauding Medicare of $1 million.

Most of the women who died – 10 in all – were African-American or Hispanic, ethnic groups frequently targeted in the clinics’ advertising campaigns.

Representatives of three of the clinics – Spectrum, Strax and New Life – told USA TODAY that criminal histories have no bearing on the way the centers are run and that their facilities meet all state safety requirements to carry out procedures.

Jeffry Davis, a co-founder of Strax Rejuvenation, pointed out that his convictions on federal bank fraud and tax evasion were nearly a quarter-century ago, in 1995.

A 64-year-old woman was given lethal doses of opioids by her doctor during a face lift in 2008, a state malpractice probe found. Another woman died three years later after a neck lift during which her doctor gave her a dangerous mix of sedatives and then failed to monitor her, state investigators reported.

Eight deaths in eight years, according to autopsy and state records. None of them made a difference.

Another death center is the Spectrum Aesthetics, founded by Juan Hernandez and Evelyn Parrado  in 2012. .

The duo used to run a pharmacy in Miami’s Little Havana and took part in a scheme to falsely bill Medicare $1.2 million for drugs that were not legitimately prescribed and then keep the money, prosecutors charged.

The two partners closed their drug store in 2013 and moved some proceeds from the business into their cosmetic surgery center, one of their lawyers disclosed in court.

Before Hernandez began serving a 15-month prison term, he was granted permission to keep running Spectrum while on supervised release. His lawyer told the judge it was a regulated business “staffed by board-certified plastic surgeons.”  Records show that was not the case.

The clinic had hired several doctors not certified in plastic surgery, including Osakatukei Omulepu, who had failed his medical board exams three times.

In 2015, Omulepu carried out operations at the clinic that led to devastating injuries. On one day in May, Omulepu punctured a woman’s liver five times and perforated the small intestine of another patient in several places while performing butt lifts.

Donna McRae, 35, a mother from Michigan, was rushed to the hospital in critical condition, and Nyosha Fowler, 34, a mother of two from Alabama, was in a coma for nearly a month before regaining consciousness, state malpractice records and interviews show.

“It’s the most excruciating pain I’ve ever been through,” said McRae, a licensed practical nurse. “I had to learn to walk all over again.”

Despite the state launching a malpractice investigation and a local hospital stripping Omulepu of his privileges, Spectrum continued to allow him to carry out surgeries for months, state health records show.

In September, Nicola Mason, the 46-year-old Maryland woman, alleged in a complaint to the health department that Omulepu performed the wrong surgery on her – a tummy tuck instead of a butt lift – leaving her with unsightly scars.

Omulepu told USA TODAY the two women who suffered perforated organs were the “only serious complications of my career.”

However, two years later, while working at a competing clinic, Seduction Cosmetic Center, a patient died after surgery by Omulepu. The cause of her death: fat embolism.

Medical experts say the only way such an embolism occurs is when a doctor injects the fat into areas they are warned to avoid: the deep gluteal muscles. Omulepu says the surgery brings high risks and he regrets what happened in the operating room that day.

Ultimately, the medical board revoked Omulepu’s license in 2017 over the cases of the punctured organs. He fought the charges in a state appeals court and temporarily won back the right to practice.

He returned to work and five weeks later performed the surgery at Seduction that led to the patients death by fat embolism. He lost his license again and is no longer practicing.

Florida legislators passed laws decades ago that allowed the state to discipline doctors who owned clinics and practiced there. They never envisioned that private investors would jump into the industry, too.

That loophole means people without medical degrees can own clinics that break state laws with little chance of being shut down, even if they leave patients dead.

“It’s unconscionable,” said Stevens, a former member of the California Medical Board’s medical review committee. “How the heck can you leave the lives of patients to a medical clinic that is run by convicted felons?”

If lawmakers “fail to step in and help” again, he added, “then, I’m sorry, they have the blood on their collective hands.”

“People are coming here from all over the country for what should have been simple procedures, and they’re dying,” said Flores, a Republican whose district includes the state’s cosmetic surgery hub in the suburbs of Miami. “We don’t want to be known as a place where people come to die.”

plastic surgery
Share
Subscribe to our newsletter
Sign up here to get the latest news, updates and special offers delivered directly to your inbox.
You can unsubscribe at any time

What’s wrong with these end-time Governors? by Reuben Abati