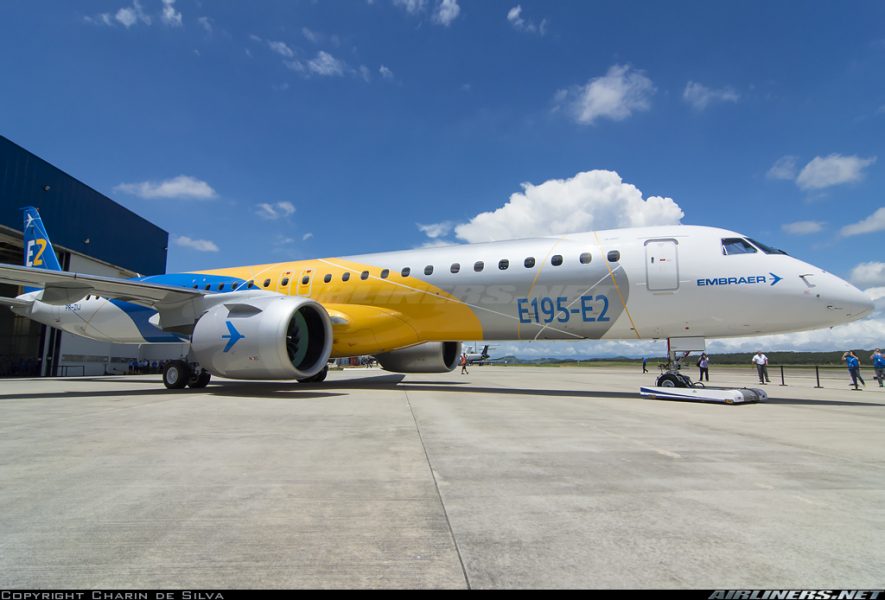 Embraer has signed a firm order for 10 E195-E2 jets with Air Peace.

The order was announced Thursday, during the Embraer’s Africa Airline Business Seminar, in Mauritius.

With this order, Air Peace will become the first E-Jets E2 operator in Africa.

The order will be included in Embraer’s 2019 second-quarter backlog. The aircraft can accommodate up to 146 seats.

“Embraer’s new E195-E2 presents us with a marvel of an economic performance. It’s also great that we will be the first E2 operator on the African continent. We already have the ERJ145s in our fleet, so we understand the high standards of Embraer products, said Air Peace Chairman/CEO, Mr. Allen Onyema.

The largest aircraft in the E-Jet E2 family, the E195-E2 has been designed to maximize returns and efficiency on high-density routes. With its high-aspect ratio wings and swept tips, combined with other aerodynamic improvements, the E195-E2 achieves double digit lower fuel consumption compared to current-generation E-Jets.

Buhari arrives in Amman ahead of economic conference