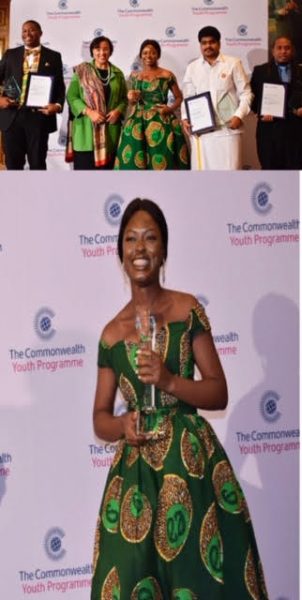 A Nigerian humanitarian worker, Oluwaseun Ayodeji Osowobi, has been declared the winner of the Commonwealth Young Person of the Year 2019 award, in Commonwealth’s headquarters, London.

Oluwaseun scooped the overall prize for her ‘Stand to End Rape’ (STER) initiative; a youth-led NGO advancing human rights, and campaigning for an end to Gender Based Violence through advocacy and support.

A survivor of sexual violence herself, she set up the service to offer support to women, men and young people who have experienced any form of gender-based abuse in Nigeria.

STER trains healthcare workers on how to deal with survivors and provides them with free health kits such as HIV tests.

Speaking at the awards, she said: “I dream of a future where this work is not required. I dream of the day when sexual violence is completely eradicated from this world.”

She also emerged the Regional winner for Africa and Europe for Excellence in Development Work.

Meanwhile, three other youths, Padmanaban Gopalan from India; Bobby Siarani from Solomon Islands and Johanan Dujon from Saint Lucia, also won prizes at the 2019 Commonwealth Youth Awards in recognition of their efforts to end hunger, sanitation issues and climate change.

The winners shared a £12,000 grant for their innovative projects.

Every year the Commonwealth Youth Awards for Excellence in Development Work recognise the exceptional contribution of young people, aged 15-29, of 53 Commonwealth countries who are leading initiatives in view of the sustainable development goals.

From more than 500 nominations from over 45 countries, 16 finalists were chosen by a panel of judges including representatives of high commissions, partner organisations and young leaders. 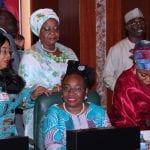 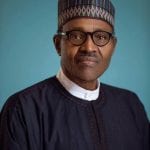