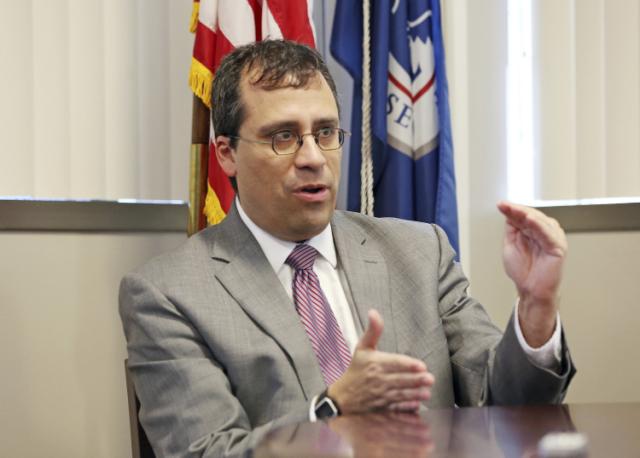 The Los Angeles Times obtained an internal email from USCIS Director L. Francis Cissna on Tuesday announcing the plan to close the agency’s overseas offices and likely shift much of the international operations to the State Department.

USCIS is part of the Department of Homeland Security and is responsible for the U.S. government’s handling of immigration benefits, citizenship and, most recently, denaturalization. Its 23 offices abroad carry out duties that include helping Americans who try to bring relatives into the country, considering travel requests from people outside the U.S. for urgent humanitarian reasons and processing refugee applications.

USCIS spokeswoman Jessica Collins confirmed to HuffPost that the agency is discussing possibly shifting the workload to domestic USCIS offices, the State Department and U.S. consulates and embassies abroad to address its growing backlog of immigration cases.

“The goal of any such shift would be to maximize USCIS resources that could then be reallocated, in part to backlog reduction efforts,” Collins said. “USCIS will work closely with the Department of Homeland Security and with the Department of State to coordinate interagency agreements to ensure no interruption in the provision of immigration services to affected applicants and petitioners.”

USCIS said closing its international offices will save millions of dollars and that the roughly 70 employees working at the overseas offices would not lose their jobs, but would instead return to the U.S.

With a soaring number of people seeking asylum in the U.S. and an increase in Central American families at the U.S.-Mexico border, the Trump administration has struggled to reduce its immigration case backlog.

Domestic USCIS officers interview asylum-seekers to help decide whether to proceed with their cases or deport them. A Syracuse University database shows nearly 830,000 asylum cases are still pending and that applicants face an average wait of approximately 746 days, or more than two years.

The closures are the latest from an administration that has worked to limit both legal and illegal immigration. The administration has previously made it more difficult for people to seek asylum, has detained people at ports of entry and prevented residents of multiple Muslim-majority countries from traveling to the U.S., among other actions.

Mark Hetfield, president of refugee assistance organization HIAS, told Reuters that closing the USCIS overseas offices is “another example of the administration pulling up the drawbridge” and would create more barriers for applicants who are trying to become U.S. residents the legal way.

“They are doing an across-the-board effort to dismantle the capacity of this country to process refugees and immigrants legally,” Hetfield said. “It is not consistent with what President Trump said in the State of the Union, which is that he wants immigrants to come here, that he wants them to come here legally.”

The agency said the closures would not impact refugee processing because most interviews are conducted by members of the U.S.-based refugee officer corps who travel overseas.

Cissna, whose mother is a Peruvian immigrant, changed USCIS’s mission statement last year so that it eliminates the phrase “nation of immigrants,” a move that highlights the Trump administration’s continued steps to complicate immigration for people who want to live in the U.S.