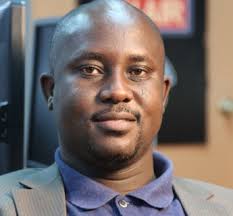 Share
Unconfirmed report gone viral says Professor Pius Adesanmi, was a passenger in the Ethiopian airline that crashed Sunday morning with all passengers on board dead.

According to a member a  platform called Obrikiti where Mr. Adesanmi was an active member, ” CIDO has an ECOSOCC meeting organized in Nairobi. Although all AU staff and most participants are safe we have lost two participants coming from the diaspora. Prof Pius Adesanmi, Carlton University in Canada.

We pray for their souls and for their loved ones at this time, the message said.

From 2002 to 2005, he was Assistant Professor of Comparative Literature at the Pennsylvania State University, USA. In 2006, he joined Carleton University, Ottawa, Canada as a Professor of literature and African studies.[2] He has also been a Fellow of the French Institute for Research in Africa (IFRA) from 1993 to 1997, as well as of the French Institute of South Africa (IFAS) in 1998 and 2000[3]

Pius Adesanmi
Share
Subscribe to our newsletter
Sign up here to get the latest news, updates and special offers delivered directly to your inbox.
You can unsubscribe at any time