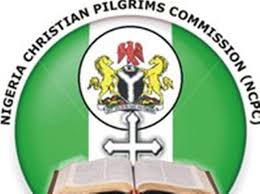 Abuja – The Mr. Uja Tor Uja-led National Christian Pilgrims Commission (NCPC), that is expected to be a symbol of transparency and accountability is presently taking a dive into questionable acts of sleaze that are shaking the foundation of the commission.

Mr. Uja, who is the Executive Secretary (ES) of the NCPC is being accused of misappropriation of millions of naira and in dollars, maladministration, lack of adherence to the principle of Federal Character, distortion in the structured calendar of Christian pilgrimage that has led to a reduction in pilgrimages, appointment of unqualified staff into management positions to achieve a predetermined objectives and using offshore account domiciled in Israel to siphon money from the commission unchecked.

As a result of the development at the commission, the Presidency in December 2018 constituted an Administrative panel of inquiry to look into the infractions allegedly committed by the Mr. Uja-led NCPC.

Persecond News gathered that the investigation panel which was initially given ten days within which to submit its report, had its tenure extended to enable it carry out a holistic job.

Among the issues the ES, Mr. Uja is being investigated for, include the alleged misappropriation of $229,000 which he claimed was spent on workshops in July 2017 as part of the state of readiness visit to Israel, Greece and Rome. Another $103,000 was claimed by the ES as having been spent on hiring of a hall during the education workshop for bidders in Israel in 2018 whereas the event took place at the hall of the Embassy of Nigeria in Tel-Aviv. This is just as another $34,000 was said to been paid for adverts in two newspapers in Israel, an amount that could not be substantiated with advert rates of newspapers in the state of Israel.

It was also gathered that when the N500 million onshore budget of the commission which was not paid to the NCPC in 2016 was released in 2017 after the intervention of the National Assembly Committee on Foreign Affairs, Mr. Uja quickly transferred the money meant for the Commission in Nigeria to its offshore account in Israel without the approval and knowledge of the Board or virement by the legislature.

The ES is being accused by other management staff of running a one-man business in the Commission as he has denied all other management staff of any impress account except his office, just as he is being accused of using the Commission’s funds to pay his numerous personal staff that he designated as Personal Assistants, in-charge of ICT, Liaison, Protocol, Registry as well as Special Assistants whereas he is not entitled to more than one Special Assistant as other staff are expected to be drawn from within the Commission.

It was further gathered that owing to Mr. Uja’s administrative lapses, the Commission’s calendar of activities have become distorted. This development made the Commission for the first time to commence its main pilgrimage exercise on December 8, 2018 for an exercise that ought to have come to an end by the end of December thus the one month extension which saw pilgrims going to Israel in January.

Our correspondent also gathered that staff that are usually required to carry out certain specific functions during pilgrimage are no longer allowed by Mr. Uja to participate in the exercise, a situation that has created room for higher number of pilgrims absconding as a result of lack of proper checks.

The development seriously had a negative effect on the 2018 pilgrimage as the Israeli authority through its ministry of Interior denied a lot of intending pilgrims visas as well as came up with stringent conditions to be met by the NCPC that include a guarantee bond for every pilgrim.

Similarly, about 300 intending pilgrims that were billed for pilgrimage to Israel through Rome in January were denied visas with the exception of just 20. The situation led to the cancellation of the Rome pilgrimage which is usually the choice of the Catholic faithful. This is considered as unprecedented for the Commission owing to battered image problem and lack of needed relationship with relevant stakeholders as was the case.

The ES of the NCPC is also being accused of collecting offerings from pilgrims in Israel with the message that the Commission intends to build a Nigeria Prayer House in Israel which is not in any way accounted for as no such account is known to the commission’s Account department.

For instance, in January 2019 in Jerusalem, after a Prayer Convocation which was made up of Adamawa, Plateau, Delta, Ekiti and Anambra pilgrims, offerings were collected from the pilgrims in both Naira and dollars but yet to be accounted for.

Efforts made to get the Executive Secretary of the Commission, Mr. Uja for his response to the allegations did not yield result as about 13 calls to his telephone number in two days were not answered.

Nigeria Christian Pilgrims Commission
Share
Subscribe to our newsletter
Sign up here to get the latest news, updates and special offers delivered directly to your inbox.
You can unsubscribe at any time