Act like a democrat for once, Frank tells Buhari 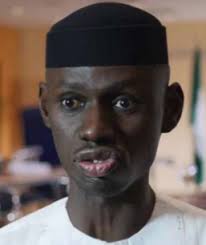 Jan 27, 2023
The Former Deputy National Publicity Secretary of the All Progressives Congress (APC) Comrade Timi Frank, has criticized the order issued out to the military and police giving them unreserved powers to kill anyone who snatches ballot boxes during the forth coming General Elections.
In a statement made available to newsmen on Wednesday in Abuja, Frank said Gen. Buhari who truncated democracy in Nigeria never fought for the return of democracy to the country, and as such is “hell bent on finally destroying everything democratic tenets in the face of imminent defeat at the polls.”
“Never has Nigeria degenerated to this level of social, economic and political quagmire than under this current administration, which has left nearly 90% of Nigerians in a state of utter hopelessness and despair,” he stated.
He further stated that Electoral Act is clear in in sections 129(4) & sections 131(1) as it relates to punishment for electoral offences, and it’s therefore strange as to why the president would rather mull jungle justice.
“Perhaps Mr President may as usual be unaware that the ballot boxes may be worthless without the card readers,  as without the Forms EC8A and the Card Readers it is practically impossible to rig any election in Nigeria.

“This outright call for ballot snatchers to be killed by the military authorities, who clearly have no business at the polling units, is another grand plot to further disenfranchise the people and create fear to voters.
“This plot is designed to finally aid and assist the ruling party in carrying out electoral atrocities in collusion with the Army authorities under the guise of maintaining law and other, exclusive to the reserve of the Nigerian police,” he stated.
On the alleged plan by the ruling party to deploy fake military personnel to assist them in rigging, Frank said: “Nigerians must be aware that there’s a grand plot already finalised by the President and the APC to arm thugs and selected Niger Delta Militants, camouflaged as real army personnel on Saturday 23rd to intimidate voters all over the country, with the aim of killing anybody oppose to their plan and tag these innocent Nigerians as election riggers.
“The aim is to act as a decoy in escorting the voting materials to the INEC state collation center after the elections and ensuring that only APC agents are allowed into the collation center whilst barring any other party from gaining access. This plot has reached its advanced stages and Nigerians must rise up to this evil plot by a desperate President bent on truncating democracy by all means possible.
“The international community will have themselves to blame if they fail to call this  President to order in the event of an uprising, as refugees from Nigeria will overwhelm the world. This wicked ploy is undemocratic and wicked to say the least by an elected President.
“Mr President must be reminded that he is a candidate in the general elections like every other candidate of the 91 registered political parties and as such must accept the explanations from INEC rather than resorting to threats and intimidation of the INEC management.
“I urge Mr President to conduct himself as a democrat having benefited from this hard earned democracy which he never participated in bringing back to Nigeria,  save for the truncating of democracy in 1983. He must govern by the rule of law in his utterances capable of throwing the country into chaos.”
The Bayelsa-born political activist, however, called on the international community to continue to keep their eyes on the happening in Nigeria.

APCBuhariINECTIMI FRANK
Share
Subscribe to our newsletter
Sign up here to get the latest news, updates and special offers delivered directly to your inbox.
You can unsubscribe at any time