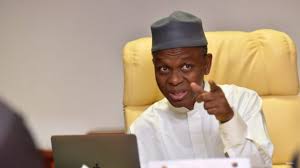 Kaduna State governor, Nasir el-Rufai, has revealed that the death toll from the Kajuru attack rose to 130, adding he has name and pictures to back up his claims.

He also described those doubting that the killings in Kajuru local government area of the State, as grossly irresponsible.

El-Rufai, made the disclosure while briefing State House Correspondents at the end of the almost one hour national security meeting in Abuja, presided over by President Muhammadu Buhari.

“I think that anybody that is still questioning whether these attacks took place or not is being grossly irresponsible. I think as the governor of the state, and everyone knows me and my records of public service. I would not be irresponsible enough to stand before the media and say something has happened that has not happened. I don’t work based on telephone calls for rumours.

“As governor of the state, the first thing I receive every morning is a security briefing on what happens in the last 24 hours. That is the first thing I read and I ask questions and I work on the basis of security briefings from the experts, the Garrison Commander, the commissioner of police, the head of the airforce. We have every security agency in Kaduna state and they send me briefings including the DSS. I work only on that basis.

“Anybody that wants to contradict what I said should have superior information and it is impossible for you other than the president of the country to have superior information that I have about my state. So, people are being grossly irresponsible, I don’t know what their agenda is. But I know there is a prevailing narrative in the Nigerian media that only certain lives are more important than others. We see that clearly in the slant of reporting and the denial. The fact that you are still asking me these questions two days after we have proved all doubts that all those people claiming that this didn’t happen, they first said I lied, that it didn’t happen, then they started saying, no, the numbers are not what they are. And now, what we are hearing, the last report we got is that, over 130 people were killed not even 66. And the Fulani leaders are providing the names of all these people, we have the list and we will release it to the press.

Others at the meeting were Governors Kashim Shettima (Borno) and Jubrilla Bindo (Adamawa) Secretary to the Government of the Federation, Boss Mustapha, Minister of Defence, Mansur Dan-Ali and Interior Minister, Abdulrahman Dambazau.

El-Rufai said the meeting focused on States with higher than normal security challenges in recent times, which are Kaduna, Yobe, Adamawa and Borno.

KadunaKajuru
Share
Subscribe to our newsletter
Sign up here to get the latest news, updates and special offers delivered directly to your inbox.
You can unsubscribe at any time