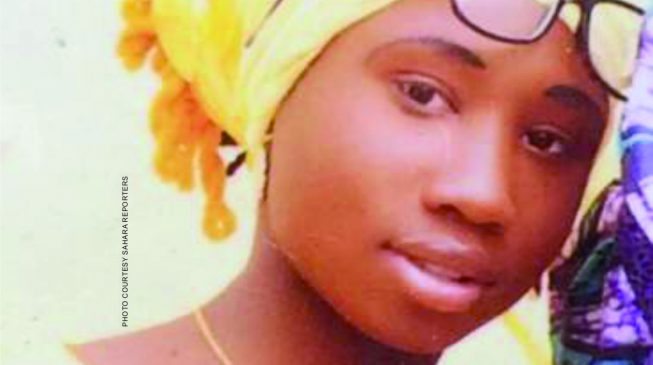 The Minister of Information and Culture, Alhaji Lai Mohammed, has described as ‘absolute fake news’ the reports in the Social Media that the abducted Dapchi school girl, Leah Sharibu, has died in captivity.

“It’s absolutely fake news. There is nothing like that,” the Minister said at a press briefing in Ilorin, Kwara State, on Sunday

“I think it’s part of the opposition’s strategies to throw everything at the administration and at the President. I think everyday they are realizing the hopelessness of their position.

He said the rumour of Miss Sharibu’s death, which surfaced just a few days to the presidential election, is another ploy by the political opposition to tarnish the image of the administration and exploit primordial sentiments ahead of the polls.

“Everyday they are amazed by the support Mr. President is receiving from every part of the country and they have decided that they are going to spread falsehood, inflame passion and make this election a Muslim-Christian affair or North-South affair, but people are not listening to them,” Alhaji Mohammed said.

Leah Sharibu
Share
Subscribe to our newsletter
Sign up here to get the latest news, updates and special offers delivered directly to your inbox.
You can unsubscribe at any time