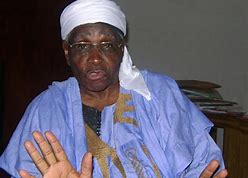 The Peoples Democratic Party (PDP),  candidate for president Atiku Abubakar has received huge endorsements from Nigerian elders describing him as the president that the country deserves and would vote for him at the February 16th elections.

He was adopted at the Summit of Nigerian Leaders and Elders  with the theme: Elections: The Search for Credible Free and Elections,” jointly chaired by Pan-Niger Delta Forum (PANDEF) Pa Edwin Clark, and Professor Ango Abdullahi, the Convener of Northern Elders’ Forum (NEF).

They say Atiku had shown commitment to restructure the country if given the mandate, regretting that President Muhammadu Buhari despite setting up the Governor Nasir el-Rufai’s committee on the issue, has shown any enthusiasm to do so 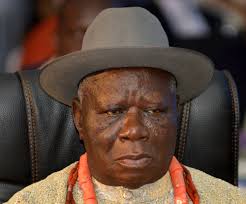 They accused Buhari of succeeding in emphasizing ethnicity and religion in his administration.

They say the security situation in the country is in jeopardy and there is constitutional deadlock, insisting that that the administration come under the guise of corruption to deal with their perceived enemies, adding that all they have seen in the last three years is blame game with nothing done to improve the situation.

They said it’s not enough to adopt him but must ensure he is voted in, stressing that they are voting him not because they are partisan but because for Nigeria.

They elders say Atiku out of the two leading candidates is the only one who has the five ingredients of leadership, competence, ability, capacity, integrity and vision.

Abdullahi, the Convener of Northern Elders’ Forum (NEF), said Nigeria is at a cross roads. He said the endorsement of Atiku is based on principles which was reached a year ago.

According to him, “The reality is that we have to fish for a president among the two major parties, the ruling and the main opposition.

“It is clear that the country requires a new leadership and this is why the Northern elders Forum which I lead is in agreement that a new leader should emerge and that leader is Atiku Abubakar.”

Responding to government’s attacks following their criticism of the current administration, Abdullahi said, “It is unfair to accuse us of vested interested on issues that ought to be of concern to every Nigerian irrespective of tribes and religion. Nothing is farther from the truth that some of us are being frustrated because we have been denied of contracts or appointments.

“We are yet to receive a reply to a letter challenging the government to name any of our colleagues who have asked for contracts.

“Today, our focus is on free, fair and credible elections without which the image of the country will never rise above where we are today. Where we are today, for a country with our size in Africa, so endowed with the kind of resources we have, where we  are today is because of crisis of leadership.

“This election is about serious changes in the kind of leadership we deserve.

The leader Pan-Niger Delta Forum (PANDEF) Pa Edwin Clark, in his remarks said, “We have served in governments, so nobody should make the mistake of saying we are looking for jobs. We don’t belong to a political party but we met as elders and leaders of the three regions of the country because the country is at a crossroad.

“We want a leader not sick, but focused and has the respect of foreign leaders. We have been passing through crisis and the outside world is laughing at us. One man cannot change the constitution of Nigeria, the  moment you can remove the Chief Justice of Nigeria (CJN) by fiat and gets the power to remove the Senate President, you become a dictator.“

Clark regretted that in the Niger Delta, “We have universities not properly funded, sit on top of water but no water to drink, we produce gas but no light. No individual can change the constitution of Nigeria, if you do is a bridge and should be impeached.”

“I am saddened that today’s Nigeria is not the one we use to know. The Nigeria we have today is not the Nigeria we desirex I grew up in a Nigeria where we use to love each other. Today, we have a head of state who has reminded us of our ethnic and religious differences and has put us into jeopardy.

“We have seen Katsina, Zamfara, Sokoto, Borno states crying that they have been overwhelmed by insecurity, seeking military intervention.

“This is the edge of precipice. These proclamation of governors followed the declaration by former chief of army staff, asking Nigerians to take up arms and defend themselves following the unrest in the middle belt.

“The very essence of government is to secure the country. The security of the country is in jeopardy. We have a constitutional deadlock in the country. Southern and middle belt have insisted on restructuring, APC committee recommended interesting initiatives but nothing from the president except to say we don’t have a problem of structure but process.”

Chief Ayo Adebanjo (Afenifere), said “I didn’t know that this government will become so tyrannical when we started this initiative. We are asking Nigerians to confirm the election of Abubakar. You’re not voting for him but you’re working for the interest of Nigeria. You must work doubly hard if you want the country’s unity. The evil tormenting us is devising new method to remain in power.

“What happened in Kano is an indication of how brazen this administration can be.

How can a president of a country be so brazen of having governors of Niger Republic come to campaign in his party color? What Afenifere is doing is to keep the flag of unity flying by giving full support to Atiku Abubakar.

“We are not so cheap to follow people. If you think all we have been telling you is propaganda, the recent exposure of the candidate will convince you of the type of president we need. Be vigilant until the election is declared and confirmed. You are the ones to save Nigeria.”

In his remarks, Dr Pogu Bitrus (Middle Belt), said, “Today we are making pronouncements that will save and reshape Nigeria, away from suspicion, ethnicity and religion has become an issue. This is the Nigeria we want to depart from into a Nigeria that everyone will feel they belong.

“We can only transform this country with a leader we can trust. In 2015, we thought we could trust Buhari because we felt Jonathan was too week, but three years after, all we get is blame game. In this government what we have is tyranny and crime (corruption).

“We have had to subsumed our interest into the national interest, come together as one and agree that the candidate of the PDP, Atiku Abubakar is our collective candidate for this election. We are convinced that her possess the capacity to take us out of the quagmire we have found again, that our economy will begin to grow again and we are going to push forward with development.” 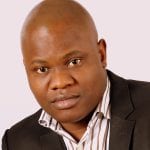 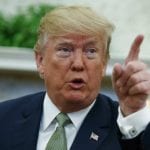