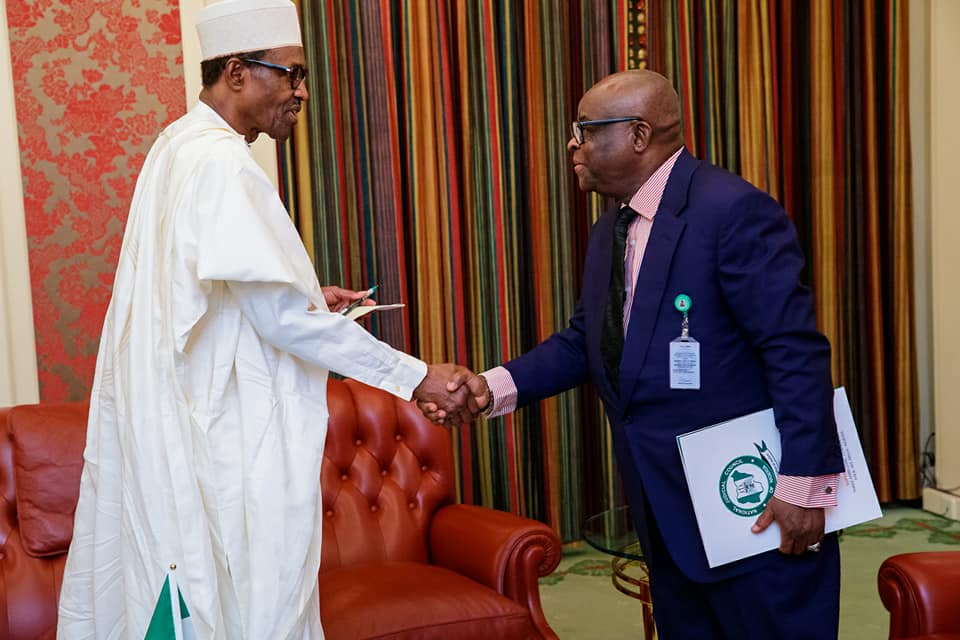 Aug 16, 2022
DATE:  1st January, 2019
I  WALTER S. N. ONNOGHEN of THE SUPREME COURT OF NIGERIA hereby voluntarily depose to the statement averred herein knowing that whatever I write or state may be tendered against  me as evidence in court.  I also volunteer to state that the statement was not taken in evidence from me under duress but after the administering officer has explained and made known the details of the allegations against me.
• Rank/Position:  CHIEF JUSTICE OF NIGERIA
Date of Birth:  22nd DECEMBER, 19150
Residential Address:  CTN DRIVE ASO VILLA, ABUJA
Phone Number:  08034743023
Date of 1st Appointment into Service:  1st OCTOBER, 1989
Date of Substantive Appointment:  7th March, 2017
Category of Appointment:  TENURED
Duration of Tenure (if Applicable):   FOUR YEARS
Date of Declaration of Assets:  14TH DECEMBER, 2016
Details of Companies/Enterprises:  ONE
Bank account Details:  STD. CHARTERED 0001062667 AND OTHERS AS PER MY ASSETDECARATION FORM
No of Children:  FOUR
State any other full Time Employment (if any):  NILL
Name (s) of Spouse/Date of Birth:  MRS NKOY W. N. ONNOGHEN 11TH JULY, 1957
Name of Children/Date of Birth:  ORIMINIWEFA N. ONNOGHEN
:  EWUWUNI N. ONNOGHEN
:  EFA N. ONNOGHEN
:  TITE N. ONNOGHEN
Response to the Allegation(s):
My Asset Declaration for Nos. SCN000014 and SCN.0000 5 were declared on the same day, 14th December, 2016 because I forgot to make a declaration of May, 2005 declaration of my assets after the expiration of my 2005 declaration in 2009.  Following my appointment as Acting Chief Justice of Nigeria in November, 2016 the need to declare my asset anew made to realize the mistake and then did the declarations to cover the period in default.  I did not include my Standard Chartered Bank Account in SCN. 000014 because I belived they were not opened during the period covered by the declaration, I did not make a fresh declaration of asset after my substantive appointment as CJN because I was under the impression that my SCN. 000015 was to cover the period of four years which include my leave as CJN.  The deposits made in my US Dollar account No. 87000106250 with STD. Chartered Bank of $10,000 at different intervals of 28/6/11 were sourced partly from my reserve and saving from my estacodes including medical expenses.  The same applies to my deposit of 27/7/11 of the sum of $10,000 twice. It is important to state that prior to my opening the US dollar account I had foreign currency which I kept at home due to the fact that there existed a government that proscribed the operation of foreign currency account by Public officers including judicial Officers.  It was when I got to know that the policy had changed that I had to open the said account. Upon opening the account, I was made to understand that I cannot pay in more than $10,000 at a time and per payment slip.  I  cannot remember the  total amount I had on reserved if the time but it spread from my practice days as a private legal practitioner from 1979 – 1989.  Some of the deposits are a result of forex trading AGRICODE and other investment returns were from proceeds of my investments into them.  The withdrawals in the account are partly to pay children fees and upkeep abroad and further investments.   My British Pound and Euro accounts with Chartered Standard Bank are savings accounts.
Name, Sign/Date (subject)i    Name, Sign/Date(Administering
WALTER SAMUEL NKANU ONNOGHEN       Officers) 11-01-2014
11-01-2019                ii.  DANIEL MUDUEJEMI
Name, Sign/Date (Witness)
JAMES ESU EDU
11-01-2019
08181053942
Date:
Taking of statement commenced at:  12:30 pm
Taking of statement completed at:  1:45 pm
Share
Subscribe to our newsletter
Sign up here to get the latest news, updates and special offers delivered directly to your inbox.
You can unsubscribe at any time

Obasanjo is a traitor for ceding Bakassi to Cameroon – Oshiomhole