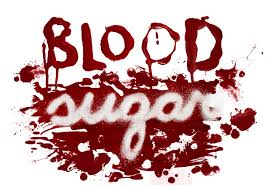 Some experts say not eating for two hours before going to bed helps prevent high blood sugar(glucose) levels and related health problems such as diabetes and heart disease. But there is no clear evidence to support this theory.

In search of answers, researchers analyzed three years of health data from more than 1,550 healthy middle-aged and older adults in Japan. Two-thirds were over 65.

About 16 percent of men and 7.5 percent of women fell asleep within two hours of dinner.

Over the three years, there was no significant change in participants’ HbA1c levels — a long-term measure of average blood glucose that is considered a reliable indicator of future health risks.

Average HbA1c was 5.2 percent in the first year, and 5.58 percent in the second and third years, within normal range. There were no significant differences between men and women.

Weight, blood pressure, blood fats (triglycerides), physical activity levels, smoking and drinking were more strongly associated with changes in HbA1c levels than the amount of time between eating and going to bed, the researchers found.

The study was published online Jan. 21 in the journal BMJ Nutrition, Prevention & Health.

Because this was an observational study, researchers could not establish cause. They also didn’t know the precise timing or content of people’s evening meals, which might have affected the results.

And because the traditional Japanese diet contains a lot of vegetables and soup, and portion sizes are small, the findings might not apply to other nations, according to Su Su Maw, a Ph.D. student in the Graduate School of Health Sciences at Okayama University in Japan and colleagues.

“More attention should be paid to healthy portions and food components, getting adequate sleep and avoiding smoking, alcohol consumption, and overweight, as these variables had a more profound influence on the metabolic process,” they wrote in a journal news release.

Undeterred by Dissolution of NDDC Board, Magnus Abe Vows to Intensify Fight Against Oppression