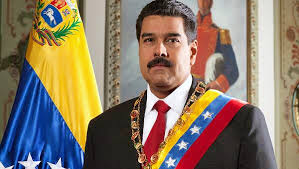 The EU Saturday urged Venezuela to call a vote in the coming days, warning that it would otherwise “take further actions,” including the potential recognition of the country’s parliamentary chief, Juan Guaidó, as interim president.

Maduro told CNN Turk in an interview aired Sunday that Europe should withdraw its demand, arguing that Venezuela has held numerous ballots recently, including presidential elections last May — which the United States and others did not recognize as legitimate.

“Nobody gives us an ultimatum,” Maduro said. “All of Europe is bowing down to Donald Trump. It’s that simple, especially when it comes to Venezuela.”

Guaidó used an article of Venezuela’s constitution to declare himself interim president on Wednesday, arguing that Maduro’s reelection last year was rigged and that there was therefore no democratically elected president available.

The U.S., Argentina, Brazil, Canada and other countries were quick to recognize Guaidó.

Maduro Sunday also accused the U.S. of organizing a coup against him, saying he has sent many messages to President Trump, who has not responded because “I think he’s overwhelmed with his domestic problem and, I believe, I think he despises us. He despises all of America and the Caribbean. I think he despises the world.”

He added: “We will continue denouncing U.S. lies, and I will continue to encourage national dialogue because I am up for a dialogue with all the political opposition, with the opposition media,” he said. “I think dialogue should prevail. I believe in dialogue.”

President Maduro
Share
Subscribe to our newsletter
Sign up here to get the latest news, updates and special offers delivered directly to your inbox.
You can unsubscribe at any time