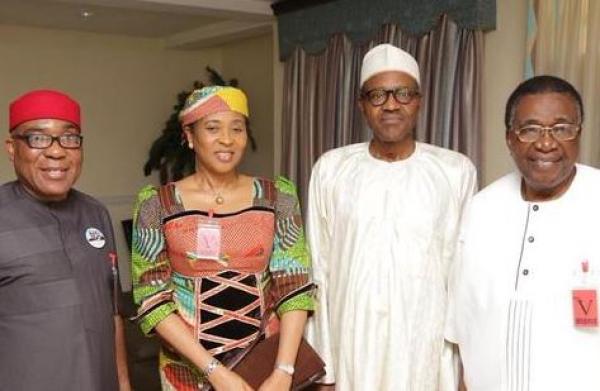 The former Governor of old Anambra State, announced his defection during a visit by leaders of the PDP in the Southeast to his Amaechi country home, in Enugu.

“Why we are here is that a house you built has been vacant, we are calling on you to most respectfully step back to your house,” the PDP leader of delegation had pleaded.

“It is difficult for me to ignore their call and I cannot do that. Where will I go if I’m not with you. I’m back to PDP, Nwobodo said.

“I’m a democrat, I believe in democracy, those around Mr. President should tell him the truth,” he declared questioning some of the activities of the APC members.

He described attempt to arraign the Chief Justice of Nigeria illegally as a mockery and desecration of the the judiciary and the rule of law, stressing “I will not be part of it.”

He directed his followers and all people in the south-east to vote the PDP.

Jim Nwobodo
Share
Subscribe to our newsletter
Sign up here to get the latest news, updates and special offers delivered directly to your inbox.
You can unsubscribe at any time

Allegations Against Me Are False And Fabricated – Ezekwesili, Says ACPN leaders are Transaction Politicians.