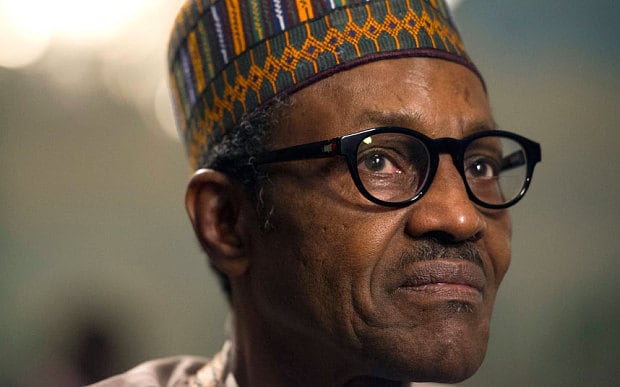 President Muhammadu Buhari suspended the country’s Chief Justice of Nigeria, Honorable Mr. Justice Walter S C Onnoghen and replaced him with Ibrahim Tanko Mohammed, creating what observers and the Nigerian Bar Association said could be a constitutional crisis in Nigeria.

Constitutional lawyers, political activists and pundits debated on social media and  many platforms on Friday night whether the CJN’s ouster was legitimate.

The Nigerian Bar Association unequivocally rejects and condemns this attempted coup against the Nigerian Judiciary and evident suspension of the Nigerian Constitution by the Executive arm of the Federal Government, the NBA said in a statement.

” The action of the Executive portends a slide into anarchy and complete deconstruction of the Rule of Law and due process. It amounts to an absolute breach of the Constitution and the usurpation of the powers of the Senate and the Nigerian Judicial Council.  It is unfortunate that the Executive Branch of Government purports to suspend the CJN on the basis of an alleged ex-parte order of the Code of Conduct Tribunal – the same Tribunal that, to the knowledge of the Executive, had, only the previous day, Tuesday, 22 January 2019 adjourned its proceedings to Monday, 28 January 2019 and has before it a Motion on Notice that is yet to be argued, seeking the same reliefs as were contained in the purported ex-parte application, to wit, the suspension of the CJN, amongst others. 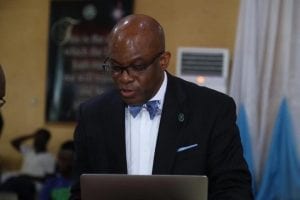 ” We call on the Federal Government to avert the looming constitutional crisis precipitated by its ill-advised action. In particular, the Nigerian Bar Association demands the reversal of the purported suspension of Honorable Mr. Justice Walter S C Onnoghen, GCON. We also call on the National Assembly to assert its constitutional authority and powers and prevent this slide into chaos and erosion of the Rule of Law.

The Senate President Bukola Saraki, in a statement personally signed by him, stated that the suspension was another act of desperation by President Buhari.

“This action is capable of undermining the nation’s judiciary, subverting the constitution, intimidating judges of all the courts of record, and creating uncertainty in the electoral process.

“By unilaterally suspending the CJN without following the provision of the constitution, President Buhari has sent a dangerous signal to the entire world that Nigeria is no longer a democratic nation and that we have returned to the old, jaded era of military dictatorship .

“Our constitution makes no provision for suspension of the nation’s highest judicial officer. The constitution provides a clear process for removal of the CJN and specify the roles of the three arms of government, beginning from the National Judicial Council (NJC), the National Assembly and lastly, the Presidency, have different roles to play in that process.

Meanwhile, President Muhammadu Buhari said ” I received the notice from the CCT directing me to suspend the CJN until final determination of charges against him.

Therefore, with the directive of the CCT in a letter dated 23rd January, 2019, accordingly, I hereby suspend HON Justice Walter Nkanu Samuel Onnoghen as the Chief Justice of Nigeria until the final determination of the case against him in the Court of Conduct Tribunal. In further compliance to the request of the CCT, I hereby, order Hon Justice Ibrahim Tanko Mohammed being the most senior justice in the Supreme Court, to come up and take his oath as the Chief Justice of Nigeria in Acting capacity.

Since he has charges of corruption filed against him, he would have acted smoothly to spear our judicial arm further disrepute by excusing himself from superintending over it while his trial will lasted. But unfortunately, he has not done so, instead the nation has been tilted to the scuffle of spectacle  of judicial adjudicate in which the Chief Justice of Nigeria and his legal team have made none sense of the Court of Conduct Tribunal to hear the allegation and conclude the charges as quick as possible.

We have all seen the conduct of the Chief Justice of Nigeria, decent on the one of the heads of the court of justice under his control by not obeying the office of this court from the chairman to the judges. Not only the trial court, but others have been put on the spot. practically, every day since his trial commenced, the nation has witness various courts granting orders to counter the case in FAVOUR of the CJN.

Nigeria is a constitutional democracy, and no one can be or be seen to be above the law. No ordinary Nigerian can get the swift and the kind of support the CJN gets from his subordinates .

Constitutional crisis looms in Nigeria after president sacks CJN
Share
Subscribe to our newsletter
Sign up here to get the latest news, updates and special offers delivered directly to your inbox.
You can unsubscribe at any time

What Buhari said about the suspended CJN Onnoghen

Kim Porter Cause of Death Revealed as Pneumonia