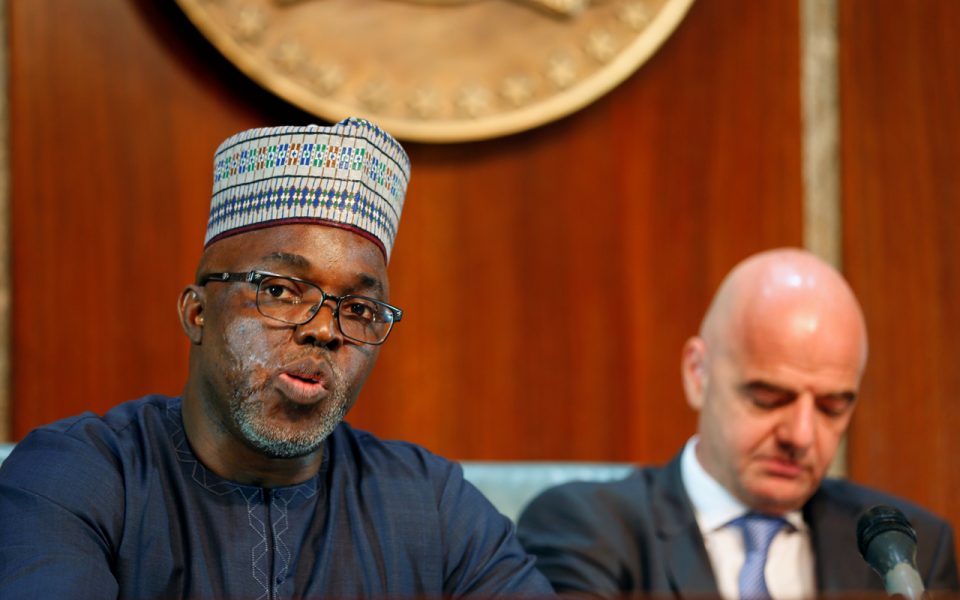 President Muhammadu Buhari has ordered the prosecution of the President of the Nigerian Football Federation, Amaju Pinnick, over an alleged multi-billion naira scam in the organisation.

The Federal Government through the Presidential investigative panel headed by Mr. Okoi Obono-Obla, had placed Pinnick on a travel ban, THE PUNCH is reporting.

Minister of sports Solomon Dalung recently revealed that the NFF boss would be prosecuted over spending at the Glass House.

President Buhari gave the order for Pinnick’s prosecution when the Obono-Obla panel presented a preliminary report to him.

The Economic and Financial Crimes Commission also addressed a report on the NFF to Mr President detailing the outcome of their investigations which tallied with what Obono-Obla’s panel had submitted to the President.

But Buhari who was said to have been visibly angry over the alleged monumental scam ordered Pinnick to also be prosecuted. He directed Magu to embark on a wider investigation into the remittances to the
NFF between 2017 and 2018.

The president, who was reportedly shocked by the mind-boggling report and additional revelations directed Magu to ensure a comprehensive and discreet investigation with watertight and unassailable facts and pieces of evidence that would nail the suspects at the court.

According to the EFCC preliminary report sighted by our correspondent, EFCC stated that it commenced full investigation into the finances of the NFF where it discovered that the domiciliary accounts of the NFF domiciled with Zenith Bank and UBA had received total inflow of $16,417,761 from FIFA and CAF between January, 2014 and June, 2016 as follows:

Magu in the report also informed Buhari that investigation into the case had been concluded. He added that Christopher Andekin; Head, Finance and Administration, NFF, Jafaru Mamzah and a cashier with the Finance and Administration department of NFF, Rajan Zaka were indicted and arraigned on October 15, 2018, before Justice P.O. Affem of the Federal Capital Territory High Court, No 19 Maitama Abuja on five criminal charges of conspiracy and criminal breach of trust by a public officer.

He stated that in the course of the investigation, the Minister (Sports) forwarded to the commission, documents in support of the petition revealing sponsorship deals amounting to N1.14bn and $1.55m via his letter No. HMY &SP/003/2018/55 dated August 7, 2018.

Magu said, “Investigation into this petition has so far established that the NFF has sponsorship deals with 21 corporate organisation. The investigation further revealed that between 2008 and 2018, 11 out of the 21 corporate organisations made sponsorship payment of N5,288,990,000 and $1,550,000 to NFF as against the amounted stated in the ministers’ letter under reference above.

“One of the companies appointed as financial consultant to the NFF is owned by the 2nd Vice President of the NFF in person of Alhaji Shehu Dikko. The audit trail of the funds and its utilisation is currently ongoing with a view to prosecuting anyone found culpable of any offence.”

“The president is not listening to anybody, Ameachi says in new video