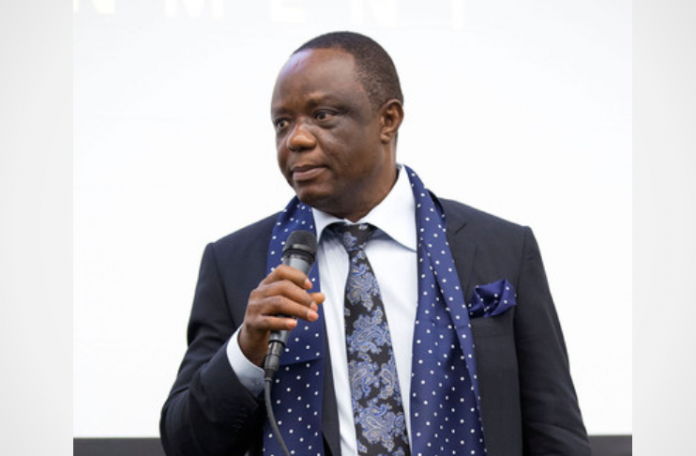 From deep introspection, notable marathoner Billy Mills observed that, “Our life is a gift from the Creator. Your gift back to the Creator is what you do with your life.” This perspective speaks to the shared responsibility between the celestial and the terrestrial forces over the subject of life. His position shares a kindred context with Williams Shakespeare’s.

The classical poet, one of the greatest playwrights ever, in one of his literary works, described the world as a stage with men and women as actors and actresses, each playing his or her roles and exiting. The legacies left behind are products of human contemplations and actions – essential validations of life and times. Humans will be judged by posterity and God for what they do to positively impact society. It is therefore from the prism of Mills’ perspective that I set out to view and construct a narrative that is celebratory of one of, perhaps, Nigeria’s very few businessmen with the Midas touch; one who does not covet the limelight in the fashion of many in his genre but who philosophically hugs tenacity with audacity in exploratory ventures to create and project uncommon values, especially in difficult business terrains.

Captain Idahosa Wells Okunbo, (Capt. Hosa, for short) continues to traverse many sectors of the economy, deploying the force of his prolific mind to interrogate the essential environment in his restless longing to identify problems and offer solutions through delivery of goods and services that are usually exclusive. That explicates the motivations behind the success stories of his flagship company – Ocean Marine Solutions Limited that is into the provision of marine security and logistics; the multi-billion naira five-star hospitality icon, Wells Carlton Hotel and Apartment in Asokoro District, Abuja; and the multi-billion naira Wells Hosa Green House Farms Limited in Benin.Remarkably, Capt. Hosa takes pride in his commitment to excellence and this is reflective of Wells Carlton’s architectural masterpiece, which, in absolute beauty, is worthy only of Ozymandias.

He said it took him nine years to construct the epitome of sheer luxury. He could have completed it earlier, of course; but his painstaking and fastidious disposition to achieve inimitable excellence in form, shape and content of services by the hotel influenced the completion time; ditto for the greenhouse farms project. The farms’ original plan was reworked in line with rising complexities and exigencies.

The goal was clear from the outset: farms that meet global standards in the entire value chain of cultivation and harvesting.  It is noteworthy that the business mogul decided to attach his name to the hotel and farms to create an overarching brand that benefits from his virtues of excellence and integrity.His declaration at the inauguration of the hotel in Abuja, by Vice President Yemi Osinbajo, that he does not owe any bank a dime on the hotel and the farms, validated his audacity. The fascinating disclosure recalls the words of American singer-songwriter, Bob Dylan: “How many roads must a man walk down before you call him a man? … Yes, and how many times must a man look up before he can see the sky? …The answer, my friend, is blowing’ in the wind….”  Through what further performance parameters can an intrepid investor be declared audacious? The answer is blowing in the wind. Standing on the dais for his speech delivered, ex tempore, on December 15, 2018, at the inauguration of the hotel, he had appropriated the audacity and tenacity of purpose that translated the possibilities into realities, in fidelity to the admonition of international speaker and best-selling author, Catrice M. Jackson – to “step into the spotlight and rock the brand of you.”Beyond his great business accomplishments, an unusual humility defines Capt. Hosa’s essence.

He might have read the Indian scientist and philosopher, Pushkar Ganesh Vaidya who, perceiving that courageous men can self-destruct in arrogance, appealed to the human sensibilities that “our audacity must be rooted in our humility.”Overall, how Capt. Hosa’s sharp focus has helped to accomplish so much in the last three decades after he retired as a commercial flight pilot and made a foray into business, beginning with Hosyln Ventures Nigeria Limited, a servicing company in the oil and gas sector, is amazing. The company had the distinction of participating in the procurement of major engineering components for the Warri Refinery Turn-Around Maintenance in 1994.  Capt. Hosa also, among several other companies, oversees Hosyln Technologies Nigeria Limited, one of the first indigenous companies to execute engineering, procurement and construction (EPC) contract in Nigeria; completed and commissioned the early production facility for Nigerian Petroleum Development Company (NPDC) at Ajoki Oziengbe South Field, in 2001.

For one who relishes his conquest in the air, sea and presently taking advantage of the vast potentialities on land with his array of huge investments, the rest, as they say, is history. A Prussian general and military theorist, who stressed the moral and political aspects of war, Carl Von Clausewitz, once said that “if the leader is filled with high ambition and if he pursues his aims with audacity and strength of will, he will reach them in spite of all obstacles.” Through his unassuming nature, Capt. Hosa has promoted a quiet life of charity; and, via his eleemosynary deeds, he has economically empowered many to live well, thus liberalizing the offering of a French enlightenment writer, Voltaire, that “God gave us the gift of life; it is up to us to give ourselves the gift of living well.”  He ensures that he lives well and that others also live well through his benevolence.   In 2012, the American Congress conferred on him the “African Titan” award for being a voice of the Niger Delta people through a movie that he, single-handed, sponsored titled: “Black November”.

His contribution to the promotion of peace and good governance as well as development of his constituency was outstanding and for which he was, in 2007, honoured with the Justice of the Peace (JP).

The University of Benin conferred on him a Doctorate Degree in Business Administration (Honoris Causa), in 2012.  The Oba of Benin, in 2014, decorated him as a worthy ambassador of the ancient Benin kingdom.

He was nominated as the Vanguard Businessman of the Year 2016.  Given his resoluteness in the face of daunting business challenges and unstable operating environments, Captain Hosa’s life deserves celebration.  His perspicacity and patriotism in his commitment to the national interest as reflected in his company’s (OMS) recovery, remediation, maintenance and security surveillance of the Escravos-Warri and Bonny-Port Harcourt pipeline segments deserve greater accolades.The OMS’ intervention had since resulted in significant turnaround of the pipeline system from its once decrepit state in the past ten years to the current efficient and highly-utilised level.

As Capt. Hosa marks his 61st birthday on Monday, January 7, the eternal words of a Roman playwright of the old Latin period, Titus Plautus, resonate with a compelling clarity: “Let us celebrate the occasion with wine and sweet words.” Happy birthday, my big brother!

Nigeria ranked among worst places to be a child in 2018

Can Atlas Lions Roar To Victory Against Les Bleu?

Chatham House of Horror: The Final Demystification of Bola Tinubu